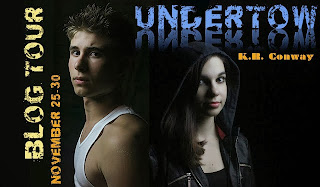 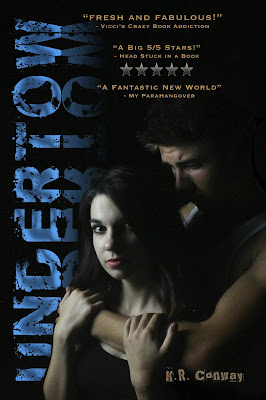 Summary from Goodreads:
Luckless Eila is unknowingly the last of her kind: Rare. Gifted. Breakable. Stunning Raef is her kind's historic enemy: Soulless. Lethal. Lost. A legendary death 160 years before would set their lives to collide, forcing a beautiful killer to become a savior, a simple wallflower to become a warrior, and ruthless destiny to become a death sentence.SUMMARY:High school senior Eila Walker knows that good luck skips over her like an Easter Bunny on Speed. So when she inherits her grandmother's million-dollar Cape Cod home, she is downright shocked. And yeah, her new town isn't perfect: the cheerleaders are heinous clones, the local undertow can kill ya, and her Great Grams was supposedly fried by lightning in the harbor square. Still, Eila is hopeful her luckless days are in the past . . . until history decides to repeat itself.A self-proclaimed loner and previous-social reject, Eila thinks she's hit the jackpot when drool-worthy Raef O’Reilly becomes her friendly, yet weirdly protective shadow. But being hauled beneath the waves by an unnatural undertow slams the brakes on bliss – especially when Raef storms to her aid with coal-black eyes and iron-like strength.Eila, entirely freaked, demands an explanation and Raef comes clean, revealing that neither of them are average humans but rather the genetic remnants of an angelic pissing-match gone wrong. Eila supposedly can channel the power of human souls, while Raef is quite adept at stealing them. Even worse, the legend about her ancestor isn't such a myth, since Eila’s grandmother was one kick-ass warrior until her lightning-like power backfired. A power that is written all over Eila's DNA.Now sought by Raef’s own family for her destructive ability, Eila must trust him to watch her back. But when a quest for information goes terribly wrong, Eila is suddenly left with only two options: become a weapon for the enemy or follow in her Gram’s fearless footsteps to save those she loves. Unfortunately she needs a willing enemy to ignite her suicidal energy and the only one she trusts has been guarding her butt and scorching her lips.


I forced myself to control my chattering mouth, well aware that something may be in the water with us. I managed to breathe the warning into his soaked hair, my body vibrating from the violent shivering.

“Not anymore,” he replied darkly, but my frozen mind couldn’t process his words.

He swam quickly through the current to the edge of the river, towing me effortlessly in his arms. He tried to get me to my feet on the riverbank, but I crumbled under the throb of my ankle. “Can you stand?” he asked, latching onto my waist to support my weight.

He instantly gathered me into his arms and I clutched him tightly, as he ran along the river’s edge back to the parking lot and my Jeep. It was as if I weighed nothing. I never knew he was so strong. I felt exhausted, succumbing to a fatigue that I never knew existed and my chest seemed tight. I was shaking so badly that I thought my teeth would break. Raef ripped off one of the soft-sided windows from my 4x4 and reached through to unlock the door. He set me down on the passenger seat and I wrapped my arms around me, trying to contain the little heat my body was vainly attempting to produce. Raef climbed in the other side and looked at me shivering uncontrollably.

“Strip down to your underwear. Your clothes are going to speed up hypothermia,” he instructed, handing me the blanket from the backseat. I started to strip, too freakin’ cold to be self-conscious. “Where are your keys?” Raef demanded urgently, as he searched my soaked jacket.

I pointed toward the river, my shaking preventing me from speaking clearly. Without hesitating, he grabbed the drive column just below the steering wheel and ripped the cover off, hot-wiring the Jeep to life in mere seconds.

What readers are saying:
WOrkS of FiCTioN – “All in all Undertow is a great book that not only keeps you guessing, but doesn’t let you set it down. I loved the characters and their interactions and definitely hoping for a continuation of their story.”

Reading Diva – “This series takes paranormal somewhere I haven’t been as a reader and I can’t wait to spend more time at the Cape or wherever Eila’s journey takes her. Do I recommend this book? Yes, Yes, Yes, and YES!” (TOP PICK winner)

Book Talks by the Library Lady – “I could not put this one down!  Even when I needed to put it down, I had to almost immediately pick it back up.  It took mere hours for me to read this entire book and I am truly ticked that Eila's next story won't be published until July 2014.  I don't want to wait for this story to continue! This is an addictive read.”

About the Author
I have been a journalist for 15 years and serve on the Board of Directors for the Cape Cod Writers Center. I also drive a 16-ton school bus because I am ENTIRELY NUTS. In addition to working jobs that should come with a warning label , I hold a BA in Psychos (Forensic Psych), torment the tourists about Jaws, and occasionally jump from the Town Neck bridge in an attempt to reclaim my youth. I live on Cape Cod with two smallish humans who apparently are my kids, my fishing- obsessed husband, two canines (adept at both flatulence and snoring), and a cage-defiant lovebird that sleeps in a miniature tent. Nope - that's not a type-o. The bird is quite the indoor camper.