We are participating in a Book Blitz for Shalini Boland and her YA Dystopian novel, THE PERIMETER, and today she stopped by for an interview. 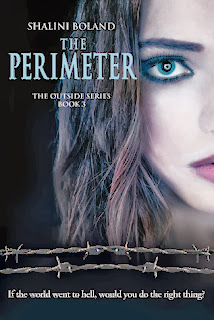 In this fractured world, a sinister force is coming for Riley, and the only things keeping her safe are a perimeter fence and the people she loves. As her life is threatened, she must make impossible choices. But help comes from the most unlikely of places, and all Riley needs to know is: who can she really trust?

Meanwhile, a repentant killer searches for peace and salvation, but what he gets is the exact opposite. Now he’ll have to make the hardest decision of his life.

The Perimeter is a darkly captivating dystopian tale of adventure, danger, love and redemption that will have you on the edge of your seat and up at night turning the pages to find out what happens next . . .

Set in the near future, these three heart-stopping novels follow Riley as she overcomes the murder of her younger sister by tracking down the killer across a post-apocalyptic Britain. At the same time, she is forced to take on the might of a twisted regime intent on conquering the nation. The series is packed with action, suspense, drama and dystopian adventure.

Sounds exciting! So, let's get right to the questions, shall we?

I’m not great at writing first thing after I wake up as I’m not a morning person. But any time after 10am is good. After the school run, I’ll shop, clean, tidy, run errands etc. and then I’m ready to work. I’ll usually sit in the lounge with a coffee and fire up the laptop. But my best ideas usually come to me after midnight, just as I’m getting ready to go to bed. Not sure why that is. Maybe because my brain is more relaxed.

Do you have specific writing habits? 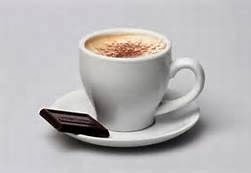 Coffee and chocolate when I first sit down, but apart from that, not really. I use my Paperblank notebooks to scribble ideas, and use my laptop to write the story.

What writing session is complete without coffee and chocolate?

Do you have any hobbies?

Erm … no. Writing is my work and my hobby. I can’t think of anything else I’d rather be doing - other than spending time with my family. Lately, I feel like I have less and less time for anything else.

Outside is a YA post-apocalyptic series. Can you tell us a bit more about it?

Set in the near future, it looks at what might happen if society-as-we-know-it collapsed. It follows the story of Riley who lives safely behind the Perimeter Fence. After her sister is murdered, she decides to brave the ‘outside’ to track down the killer and she persuades her neighbour, Luc, to go with her.

In addition to its post-apocalyptic setting, Outside is also a coming-of-age love story with a heap of adventure and some unexpected twists along the way. Book 2, The Clearing, is darker and more sinister. And in Book 3, The Perimeter, the tension ramps up even further with a ton of suspense and action.

Did any real world event inspire your post-apocalyptic vision?

Yes. The 7/7 bombings in London gave me the initial idea for the setting. After 9/11 and 7/7 I wondered what would happen if the bombings didn’t stop. What would become of the western world? I remember it as quite a scary time.

Who is your favourite character in the book and why?

My favourite character is Riley as she acts with bravery despite being terrified most of the time. She’s lived a life of privilege, but shows great guts and determination after her sister’s death. It would have been easy for her to wallow in her grief, but instead, she’s pro-active.

Writing her from a first person perspective allows the reader to see her fears up close, but as the series progresses, she finds more courage and ways to deal with all the trials and adversities she must face as she braves the ravaged world.

What was the hardest part of the book to write?

There are two storylines running through the novel and it was quite tricky to make the sequence of events tie up in the right place. The story also has a few major twists and it took me several attempts to get the reveals right. I hope I did it justice in the end.

Fave Movie?
True Romance or Overboard, depending what mood I’m in.

Thanks for joining us, Shalini!

Learn more about Shalini Boland and her novels at the links below. 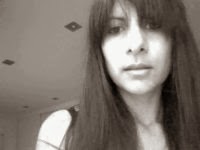 Shalini lives in Dorset, England with her husband and two noisy boys. Before children, she was signed to Universal Music as a singer songwriter. Now, writing novels has hijacked her life and she is usually to be found with a laptop welded to her fingers and the house in a permanent state of neglect.

Posted by Elizabeth Holloway at 11:59 am
Email ThisBlogThis!Share to TwitterShare to FacebookShare to Pinterest
Labels: book blitz, interview, Outside, Shalini Boland, The Clearing, The Outside Series, The Perimeter, YA Dystopian

Sounds exciting indeed! Love that her hobby is also her work...talk about a perfect world concept. Glad she's living the dream and sharing it with all of us. ^_^ Thanks for the fab post ladies!