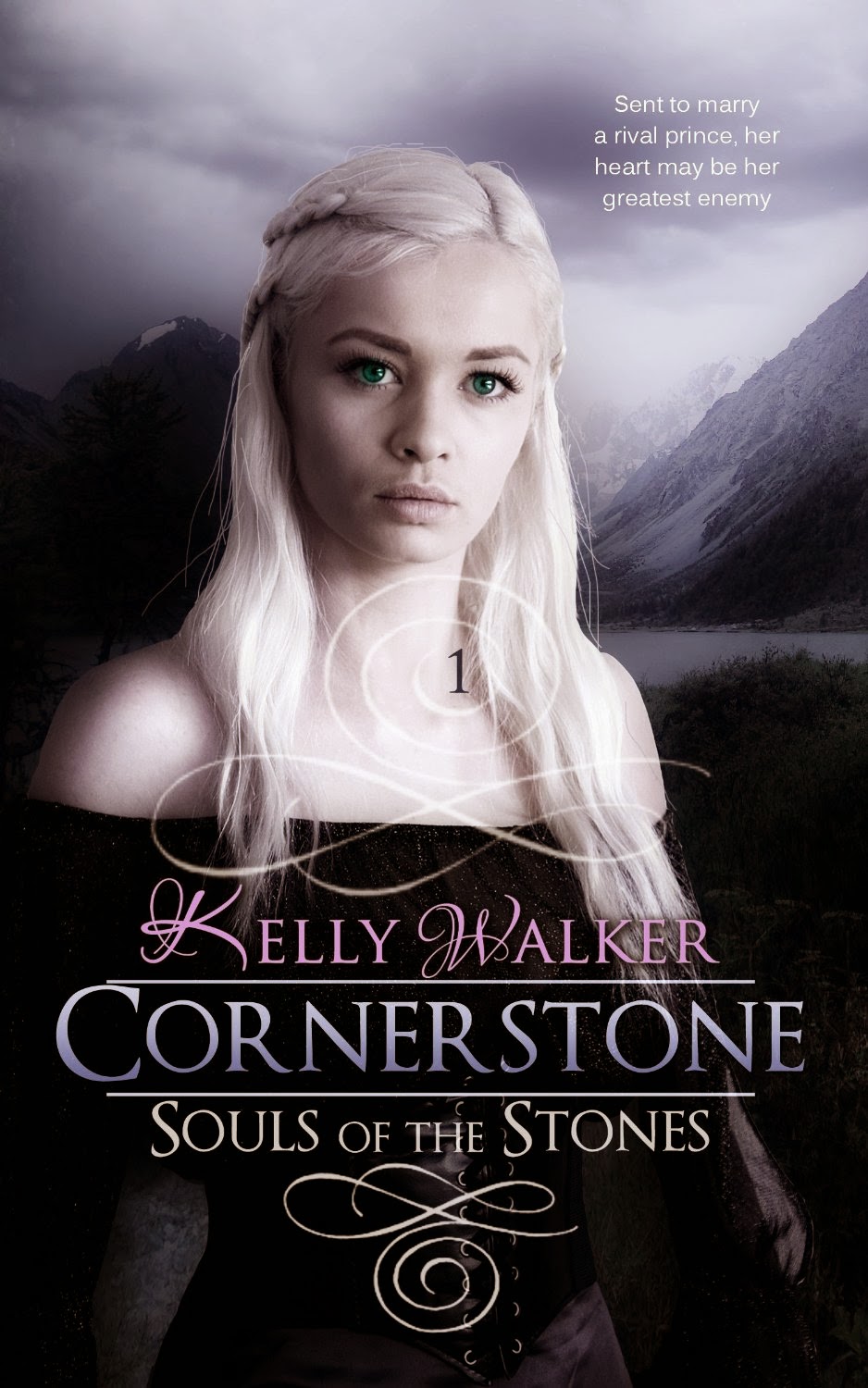 Epic Fantasy combines with Young Adult romance in this stunning new adventure set in a richly developed medieval world. Second Stone and Broken Stone are now available! Also be sure to look for Jaded Stone, the thrilling prequel to the
Souls of the Stones series.

When Emariya Warren learns enemy forces have captured her father, she’ll do anything to save him. Anything. Even marry a mysterious prince she knows nothing about in order to rally the strength to arrange a rescue. During her journey to Torian’s foreign castle, Emariya comes face to face with her mother’s killers–and a deadly secret.

Not only does Emariya possess a powerful but unexpected magical gift passed down through each of her families, the prince she’s promised to marry possesses a third, and an ominous prophecy has warned the three gifts must never be combined.

If she breaks her promise to marry Torian, she won’t be able to save her father and if she keeps it, she may bring a curse upon everything she holds dear. Determining which choice is best won’t be easy, but when she meets the gorgeous prince who may desire more than just her heart, she realizes she will have to fight just to have a choice at all.

Her heart wants him desperately. Her head begs her to run. If she doesn’t want to share her mother’s fate, she’ll have to find a way to untangle the truth from the lies in time to save herself.

Kelly Walker is a YA and NA author of several romantic titles, including the Souls of the Stones series. She has an unhealthy appreciation for chocolate, and a soft spot for rescued animals. Her best lessons on writing came from a lifetime of reading. She loves the fantastical, and the magical, and believes a captivating romance can be the most realistic magic of all. Kelly, her husband and her two children share their Virginia home with three dogs who walk her, and two cats who permit her to occasionally share their couch.

Posted by Dorothy Dreyer at 8:03 am
Email ThisBlogThis!Share to TwitterShare to FacebookShare to Pinterest
Labels: book blitz, Cornerstone, Kelly Walker, Souls of the Stones series, YA Fantasy