Today we celebrate the release of Ella Martin's YA contemporary novel, Will the Real Prince Charming Please Stand Up? This story sounds absolutely delightful and I can't wait to read it! 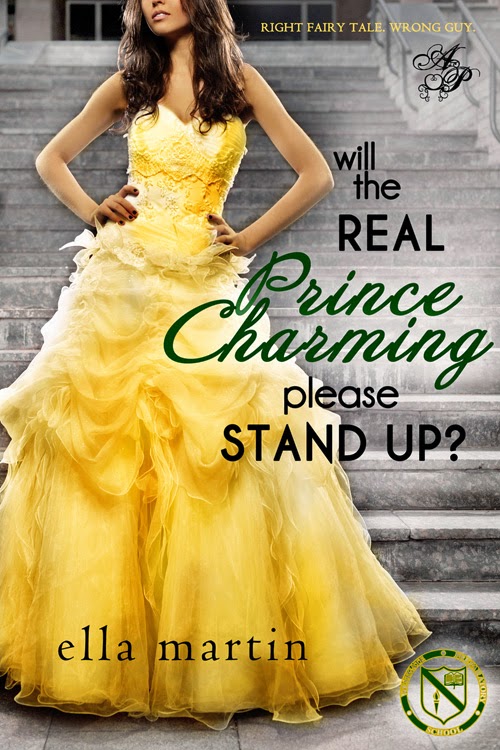 Happily Ever After only happens with the right guy. It's a tiny but important detail most fairy tales choose to leave out. But what happens when the princess rides off into the sunset with Prince Charming, only to discover he's not so charming, after all?

Bianca Sullivan thinks she's a pretty average girl. Sure, her brother may be the super-stud captain of the football team, but that's her only claim to fame –- until her friends' social experiment turns her into the new It girl of the Sophomore class, and she captures the attention of the most popular guy in her grade. Ecstatic to introduce the world to her first boyfriend, she's trying to enjoy being wooed by the ultimate heartthrob. But no one's ever told her what to do when her friends hate her boyfriend and Prince Charming starts acting like a control-freaky misogynist. And as if deciding whether to trust Prince Charming, her friends, or her own instincts wasn't hard enough, being around her brother's best friend is making her head all fuzzy, too. Oh, if only love was as simple as fairy tales make it out to be....

Posted by Elizabeth Holloway at 6:42 am
Email ThisBlogThis!Share to TwitterShare to FacebookShare to Pinterest
Labels: book release, Ella Martin, Will The Real Prince Charming Please Stand Up?, YA Contemporary, YA Contemporary Romance