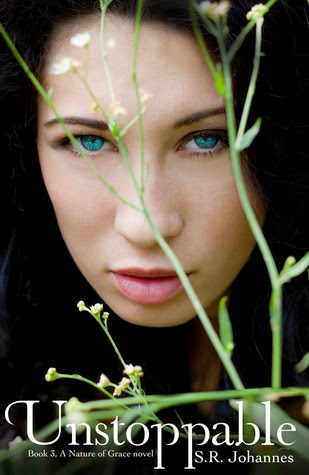 One day while out in the marshes of the Everglades, Grace and her friends rescue an abused—and endangered—Florida panther. She and Birdee spend time rehabilitating the animal. But when the panther runs off, Grace follows it to Uncle Bob's, a large roadside zoo they all have been protesting. One that is illegally filled with a variety of endangered and exotic animals. Before she can rescue the panther, she and her friends are kidnapped by the ruthless owner and dragged deep into the Everglades for a hunting challenge.

Ligers and gators and snares, oh my!
My review of Unstoppable

SR Johannes knows exactly how to get your blood pumping while reading her books. In this third installment of the Nature of Grace series, I found myself gasping IN PUBLIC at some of her scenes. The book is that thrilling. Johannes has mastered the suspense factor, and all along showing her readers the importance of fighting for animal rights. Readers will root for Grace, bite their nails because of a liger, hold their breaths when faced with aligators, and shed a tear for a little monkey. And let's not forget the humans. All around well-written three-dimensional characters.

I really enjoyed reading this series, and I recommend it to fans of young adult thrillers, and of course to animal lovers everywhere.

Posted by Dorothy Dreyer at 8:23 am
Email ThisBlogThis!Share to TwitterShare to FacebookShare to Pinterest
Labels: review, SR Johannes, Unstoppable, YA thriller