Today we're featuring the new anthology from Leap Books, and it's all about retellings of and stories inspired by Alice in Wonderland. Sounds so cool! Here's a little more about it. 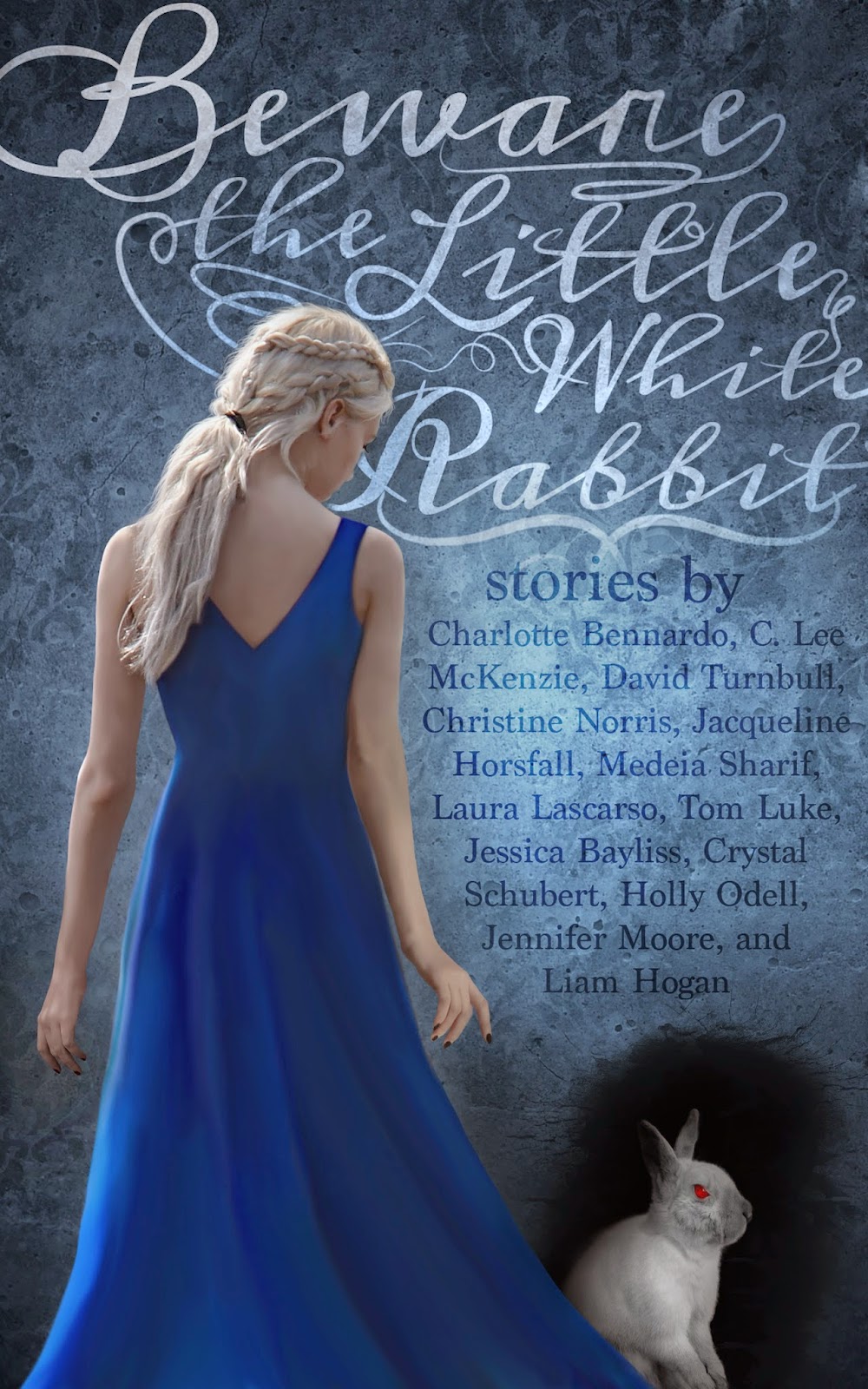 Thirteen powerful voices in young adult fiction invite you to journey into startling new Wonderlands in this nod to the 150th anniversary of Lewis Carroll’s timeless character, ALICE.

Mystery. Madness. Mayhem. Each story in this collection will intrigue, bewitch, and enchant. Through rich historicals, castles and keeps, wild wormholes, secret workshops, deadly plagues, and gritty urban explorations, we present new tales of Alice and her white rabbit.

Whether an intrepid reporter, a would-be car thief, or the last human in a world ruled by machines, at the heart of each story Alice is a girl discovering who she really is in worlds that never fail to surprise.

What wonders await, oh curious reader? Leap down the rabbit hole and discover the truth...


“There came a crack like thunder.
A rabbit hole, launched from its orbital warren, streaked down through the clouds. It hung in the air like a frozen fork of lightning. Beneath the helmet that Hatter had made for her, Alice felt the root ends of her hair tingle from the electrical change that accompanied its arrival. What appeared to be a stuffed white rabbit tumbled earthward. Payload delivered, the hole rapidly lost its integrity and dissolved into a glimmering fragment that dissipated on the wind.
Alice crouched low amongst the ruins as the rabbit sniffed the air, internal sensors trying to get a fix on her location. She clutched her vorpal sword. The pistons on the rabbit’s spring-loaded flanks gave a venomous hiss as it launched itself into a powerful leap.”

~ Alice, Last of the Beating Hearts by David Turnbull