Seems like it's "Boys Week" here on the blog. I have another male visitor today, and his name is Alan Nayes, author of GIRL BLUE.

Welcome, Alan. Tell us a bit about yourself. 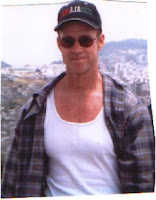 First, thank you for hosting me today, Dorothy. I’m from Texas but live in Southern California and love the outdoors, reading and writing. My goal is to write stories that entertain and enthrall readers, and yes I’m still working at this. I own eighty acres of land in Texas and one day I plan to spend three or four months in a small house on this rural land and write the first draft of a novel that will become a future bestseller—or at least sell one or two copies to family members and friends.  When I’m not writing, I’m thinking about what I’m writing.

Dorothy, I’ve been writing stories for several decades now.  After I moved to southern California in the 80’s I decided to take a creative writing class at a local community college. I’d written some music in college but when I realized I couldn’t sing real well—not at all actually—I switched to stories. After several failed attempts at breaking into the screenwriting business I decided I would have a better chance at novels. Not much better, but I am making progress. My mantra—every day write something.


Tell us about GIRL BLUE. What’s the story about? 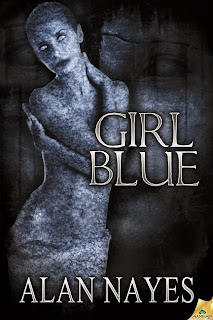 What drew you to write horror?

I enjoy reading different genres—sci-fi, thrillers, adventure, and horror—so when I write, I try to write in different genres as well. Horror has always been a favorite genre of mine. Have always enjoyed  watching  a good scary movie( The Ring) every now and then, and also enjoy reading horror books. So it was only natural that I try my hand at creating a good horror story. GIRL BLUE is one of my attempts.

I have a couple of friends who occasionally look over my work, but for me I always hire a professional editor to edit the final manuscript. If I attempted to self-edit, it would be like trying to give myself a haircut—I’d end up with a mess.

A little of both, I think, Dorothy.  Before I start a novel, I know in general terms what direction the story is going to go, major plot points, and when they are supposed to happen. Having said this, however, the story never completely follows the broad outline—which is good I think—and there are always changes that spring up, either in character development or plot, that seem to take on a life of their own. That is the fun part of creating a story—fun only when it turns out to make the story better, of course. If the change becomes a deadend—well, that is what trash cans are for. I do a lot of cursing too when this happens.

Dorothy, it’s always seems easy for me to come with ideas, however the actual sitting down and writing a whole novel is difficult. That’s where discipline comes in. Some days I just don’t seem “in the mood” to continue a story, and on those days I find it a real challenge to make myself write. Also, self promoting. If I wrote as bad as I promote, I’d never sell a book.

Several items—pen, paper, because I write my initial draft long hand. Also my computer so I can do some quick research if the need arises, which it does plenty. And something to drink—water or tea, usually, and also I snack a lot. Love Skittles.

Skittles rock! If you could have any super power, what would it be?

The power to complete a great novel that everybody would clamor for and I would write the entire manuscript in say…a weekend. Wow, that would be pretty cool. Also would love to be able to transport myself to different places on the planet instantaneously—this would be great for research. Oh did I mention I would also be able to do this invisibly?

I presume you mean while researching a story. If you mean in general, well, we won’t go there. While writing a story I’d have to say I once googled the number of chromosomes in an orangutan. Weird, huh.

No, makes sense to me. ;) Quick writing test! Use the following words in a sentence: absolution, antique, and arbitrary.

Alliteration is to writing what absolution is to sin, though both can seem arbitrary when involving a priest as old as an antique crucifix.
(Yeah, I’m trying to make sense out of this sentence, too.)

*stares for a while* *blinks* Okay, then. Finish this sentence: If I'm not writing, I'm probably ...

thinking about writing. Whoa, now that was original.

Family, friends, Samhain, my writers groups—the Eclective, IWU, Kindle Horror Books , but most of all—my readers! Thank you all.

fantastic, thx. i think i was nervous when i wrote that. lol

Thanks for sharing, Alan. The book sounds interesting. I look forward to checking it out. Thanks for asking the questions, Dorothy. I hope you both are having a good weekend.