The wind is howling and the snow is piling up, here in southern Pennsylvania. So, grab a cup of hot cocoa (yes, even those of you lucky enough to live in warmer places. You can play along, too!) and help us welcome H. D. Hunter to We Do Write. 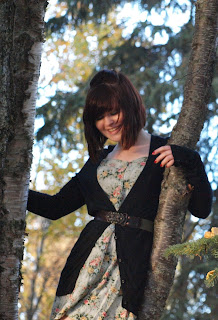 Thank you for joining us today, H. D. Tell us a bit about yourself.

Thanks! I’m happy to be here.
Let’s see … I’ll try to keep this quick and interesting. I was born and raised in Alaska. Yes, I have seen my fair share of bears, and no, I would not advise getting too close to them. A few of my favorite things are: Dalton Trumbo, Rush, Listerine toothpaste, and spiders. And Risin’ Sun is my first book.

Alaska, huh? Okay, no more complaining about the wind and snow. How long have you been writing?

I don’t think there was any moment where I consciously decided to start writing; I’ve been coming up with stories as long as I can remember and writing them down as long as I learned to write. I started writing RISIN' SUN, in particular, at the end of 8th grade.

That's awesome! In 8th grade, all I was doing was writing crappy poetry and reading horror novels under my desk. I'm impressed. 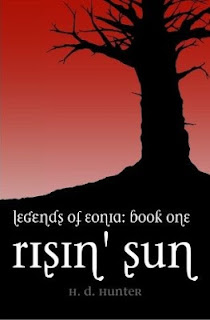 RISIN' SUN is the first in the Legends of Eonia series and follows a young aristocrat on a less-than-pleasant journey to find her way home. The blurb on the back sums it up pretty well:

Lily Towell has never been one to follow the rules. She has an unfortunate habit of disregarding anything that is considered proper and expected of a young lady, despite coming from a wealthy family in the late 19th century Great Britain. In fact, her preferred pastimes include daydreaming, not paying attention in her lessons, and making a game of manipulating her younger brother, Liam. Simply put, she leads a comfortable, albeit dull, life.

But her life is thrown into turmoil when she has an unorthodox meeting with Jasper, a “homeless,” self-proclaimed sorcerer from a different dimension. Soon, Lily finds herself in a world very unlike her own, one that is fully equipped with creatures she thought—or rather, hoped—didn’t exist. As if the trauma of being in a place where humans aren’t at the top of the food chain isn’t enough, Lily has a bigger problem: Jasper, the red-headed, freckle-faced vagabond, is her key to getting home … assuming they can survive long enough for him to remember the way.

RISIN' SUN is a dark fairytale full of magic and mischief, beauties and beasts—and just a touch of nonsense.

Very cool! I'm a sucker for dark fairytales. How did the idea for RISIN' SUN come to you?

I was sitting in class one day in middle school, staring at a blank computer screen because I had already finished my assignment when I decided to pull up Microsoft word just for the heck of it. Why not? I didn’t even think about what I was writing. It was just for fun, after all, so I just typed whatever popped into my mind. Then the bell rang. I thought about just closing out of the program, but instead, I printed the half-page I’d written and scrambled to my next class. That half-page hid in a folder over the summer after 8thgrade, but when I found it again just before the start of my freshman year of high school, I copied it into a little journal and wrote on it every chance I got. By the time sophomore year came around, RISIN' SUN was finished, and I set to work on book two, then a year and a half later, book three. I have 5 journals filled with the legends of Eonia so far.

Wow! The story ideas for this series must have really spoken to you. Tell me a bit about your writing process. Do you have a critique group/partner or beta readers, or do you self-edit?

I do most of the editing myself, but I do have a few beta readers to help with ideas and catch the stuff I miss. I certainly wouldn’t mind giving a critique group a try, though.

I would definitely recommend a critique group/partner. That's how I met the amazing Dorothy Dreyer! Are you a plotter or a pantser?

It really depends on the story. For the Legends of Eonia, I didn’t start thinking about where the storyline was going until the first draft of RISIN' SUN was done. It’s always just kind of written itself. I do plot to some extent with other stories, but it seems like the book just ends up going in a completely different direction if I try to stick to an outline too much. So, most of the time, I just let it go wherever it’s going to go.

Don't you just love it when a story writes itself? I wish they all did that. What’s the hardest part of writing for you?

Writing a beginning!  Before I set to work on RISIN' SUN, I used to think up what I thought were great ideas for books, but I would always start off knowing how I wanted the story to end before I had even written the beginning. And so they always withered into short stories because I didn’t know how to get to the ending.
So, now, I’m trying to train myself to just start writing and keep going before even thinking about how the story will end. It’s hard!

I also have a love-hate relationship with editing. I ALWAYS want to add more, but I’ve read RISIN' SUN so many times that I practically have it memorized. It’s difficult for me to finally just stop, and say, “Just let it be.”

Yes. This is why beta-readers are the greatest people on Earth. What do you absolutely have to have nearby when writing?

A notebook and a pencil. I write notes like a crazy person, so if a new scene or idea pops into my head while I’m writing a different scene, I can jot it down and go back to it later.
And a nice hot cup of tea is good to have nearby, too.

Okay, quick question time. If you could have any super power, what would it be?

I would love to have some kind of universal communication. Or flight.

I wouldn’t say it’s the weirdest but I recently googled how spiders reproduce.

Quick writing test! Use the following words in a sentence: rising, sensibility, and bistro.

I watched as she stared intently at the bread rising in the bistro windows and knew that her sensibility was probably stronger than mine … and then I realized that I was watching her just as intently as she was watching the bread.

Oh, good one. Now I want to know what happens next.

Is there anyone you'd like to thank for supporting you?

I’d like to thank my wonderful friends and family, who have all been so supportive, as well as my brother and sister, to whom the book is dedicated. I love you all.
Thanks to Kallie Bass Photography for the author portrait.
A huge thank you to everyone at Mirror Publishing, especially Mr. Neal Wooten, who has given me this chance to share this story with the world. I’m so grateful for this opportunity.
Thanks to everyone who has bought and/or read RISIN' SUN. It’s such a great joy to hear when someone enjoys something that I created.
And of course, thank you for giving me a little space on your fabulous blog to rant about my book a little! You’re wonderful!

It's our pleasure! Thank you for joining us, H. D.