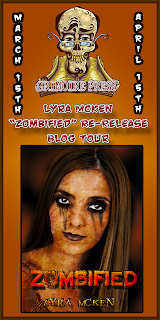 In my novel the Zombies can actually communicate with others in their hoard. They talk to one another with noises, groans, and slow moving hand signals.

The language of the Zombies is a simple yet effective one. They can alert each other that there is fresh uninfected meat nearby. They can warn each other of impending human gun fire or explosives. The fact that they can't move away very quickly usually means the warning comes too late.

In the beginning of the novel Cassie is attempting to explain to the man she is eating that there shouldn't be any hard feelings. To him it sounds like she is moaning in pleasure over devouring his leg. She names him Neil because she doesn't know his name. I think that she forgets that humans can no longer understand her.

When Rose first turns Cassie cannot understand her either. The art of Slopar comes slowly to the infected, and they eventually will understand it when they are completely transformed.

Through the use of their Zombie language they discover that they work better in slow moving hordes then groups of one or two.

Thanks again for allowing me to post on your blog. I hope everyone who reads Zombified enjoys it as much as I enjoyed writing it. 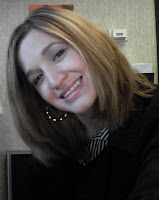 Lyra McKen (aka, Emily Walker) resides in the mountains of North Carolina. She lives on top of a mountain quite literally with her other half of nine years and her fur baby, Rebel. After a couple of jobs ghost writing for other successful authors she embarked on her own journey to write a novel. 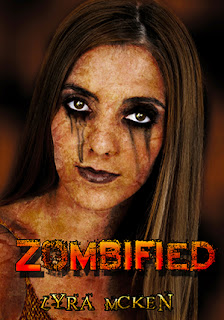 Cassie is a typical teenager.  She’s crushing on a boy and trying to make it through high school. It’s a typical day of classes when all hell breaks loose. Forced to run and hide the situation just keeps getting worse. She makes a mistake and soon becomes infected. She meets others like her and together they sent out to find a cure. Is their fate already sealed? Can they find a cure before it’s too late? See what happens through the eyes of the infected when Cassie tells you how Zombies are people too.
LYRA MCKEN’S LINKS: