So, after writing the urban fantasy novel Long Lost Song, why did I decide to write a horror novel? For me, I found Long Lost Song hard to categorise into just one genre, as it has supernatural and apocalyptic themes as well, but was not either of those by nature. In the end, I decided to call it urban fantasy. From there, it was a challenge to me really, as I wanted to learn how to write more strictly in specific genres, and the first two I picked were horror and fantasy.

Both genres I have read and enjoyed for lots of years, and I wanted to see if I could turn out something that would excite me. Names like Graham Masterton, James Herbert and Chet Williamson thrilled me as a younger man, and I wanted to know if I was capable of the same level of thrill.

I asked a good friend and fellow author Sharon Lee Johnson whether she would give me some tips on what makes a good horror novel. After a couple of great discussions, an idea started to form and then it really took over from there. 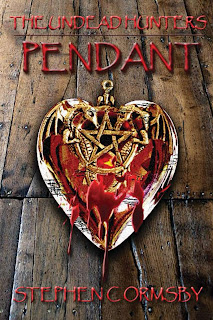 Pendant was such a consuming story line that the first draft took only 22 days to write. It literally burnt through me, wanting to be out. I didn’t mind that much, as Conrad/Varnok is a very heavy character to carry around.

As I wrote it though, the ideas kept coming with the protagonist plotting more than one novel in my head. So far, I have stories for three or four trilogies, which will see the characters go to Hell and come back. It’s exciting stuff to consider as I get to imagine Hell in my own way.

Varnok has a lot more planned for Maggie and Logan, as this is only the start. Book 2 of the series is tentatively titled The Aching Gate and begins a story arc that will go for three novels. There will be frights and scares for all!

I hope you enjoy the first book of The Undead Hunters series and look forward to more, as I am looking forward to writing them. 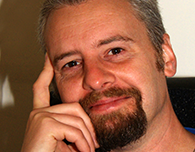 Stephen C Ormsby was an IT professional for twenty years before deciding to lead a more creative life. He has always loved the idea of writing novels and had written four when Long Lost Song came along, demanding to be published.

He lives in South Gippsland, Australia, with his wife, two children and a mad cat. He has traveled extensively, is an avid reader and enjoys listening to a wide range of music.
Posted by Dorothy Dreyer at 9:02 am
Email ThisBlogThis!Share to TwitterShare to FacebookShare to Pinterest
Labels: guest post, Pendant, Stephen C Ormsby, The Undead Hunters, Why Write Horror?

I know what he means about genre sometimes it sucks trying to fit a story into just one. I have an idea for a horror novel that I want to write, but at the same time don't want to be in head-space, lol.