Is it spring yet? I can't feel it, so I'm not sure. While we're pondering that issue, lets cozy up to another interview. This time we're talking with author Kate Tenbeth about her novel UNLUCKY DIP.

Welcome to We Do Write, Kate. Tell us a bit about yourself. 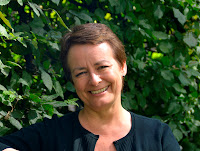 I live in Essex, UK with my son who is currently at university and my two cats Puzzle and Bud.  I commute into London and work in a company that has existed since 1394 (lot of history there!) but when I get home I write – it’s my passion and always has been.

I think I’ve been writing since I was able to pick up a pencil – I just can’t stop!

Tell us about UNLUCKY DIP. What’s the story about? 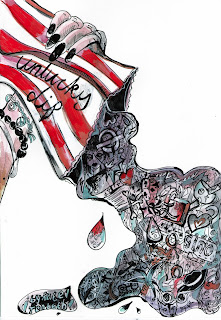 The story is about a young girl, Holly, whose step-mother tries to kill her by throwing her into the Thames. Holly survives, she tries to find what is going on and also whether her step-mother murdered her father. She comes up against gangsters, becomes involved in multi-million pound land deals, treachery and deceit, she’s kidnapped, shot at and loses just about everything she loves.  Believe it or not, however, it is quite funny in parts!

Sounds like comic relief would round the story out quite nicely. How did the idea of the story come to you?

I’m laughing here because I started to reply to this question by telling you that it came about from living with a teenager but then I’d hate anyone to think that living with a teenager makes a mother think murderous thoughts!  Seriously, teenagers are great and being surrounded by them I’ve always them intelligent, quirky, quick thinking, very funny and extremely loyal to each other.  I remember vaguely wondering one day how they would react under pressure and within a couple of days found myself writing.

LOL. Don't worry. Writers know how other writers think. ;) Do you have a critique group/partner or beta readers, or do you self-edit?

I self-edit but I do have a couple of good friends who are excellent beta readers.  About 5 years ago I was lucky enough to win an Arts Council Award and for a whole year had a mentor who read my work, tore it apart and made me re-write and re-think – it was hard, humbling and I learnt a great deal. There’s a lot to be said for having good critics around to help you out but having said that I do tend to have a self-reliant streak in me.

Ah ha, that’s a good question.  I’m going to sit firmly on the fence and say I’m a hybrid.  I plot in that I do a rough outline of a storyline and try to develop characters in advance but after that I tend to fly by the seat of my pants.

Two things are hard for me - the inevitable brick wall I come up against every now and then and also the fact that writing can be quite isolating.

Notebooks to scribble my thoughts on – very often when I’m typing away a random thought will pop into my head that has nothing to do with what I’m writing so I do need my notebooks.  A cup of tea is also essential but then I am British and where would we be without our tea?

True, true. If you could have any super power, what would it be?

I often think about this.  I’d like to have super human speed to help me chase after my son to remind him to clear up after himself.  He’s way too fast for me at the moment.

I love writing fantasy so I’m often googling weird stuff usually about old myths and legends, druids, pagans etc.  A friend of mine has written a story about selkies (half man half seal) and I think that was the last odd thing I googled.

Freaky! Let me know where I can read that one. Quick writing test! Use the following words in a sentence: unlucky, unusual, and universe.

The professor concluded his lecture by saying that although it would be unusual and also somewhat unlucky for the universe to come to an end by falling into a rabbit hole, the idea could not be dismissed.

Dreaming – I have lots of unusual things going on in my head even when I’m doing normal things like cooking, swimming, shopping, etc.

A big thank you to the artist Elizabeth Eisen, who created the unique front cover for Unlucky Dip, Kitty from GMTA, my son and his friends – Max, Moggins, Jon, Beth, Jordy et al - my sister Carey, Stuart and Krete, Pat Scullion, the Born Free Foundation, Rob Jones, Richard Farr – gosh, I could go on forever!

You can find examples of Elizabeth’s artwork on http://cargocollective.com/elizabetheisenillustration/

You can also find my children’s book series, The Burly & Grum Tales, on Amazon, Smashwords, etc as well but they also have their own website www.burlyandgrum.com

Awesome. Thanks so much for being on the blog, Kate. Good luck with everything!

Thank you so much for having me on your site – I’ve really enjoyed answering your questions!