As some of you might know, Dorothy has been away at BEA most of this week meeting publishing professionals, readers and the like, and signing books. In other words, being a REAL AUTHOR! (So excited for you, Dorothy!) Because of that, Dorothy had nothing scheduled for the blog this week, except Monday's post. But, since I'm available to post today, I thought I'd switch it up a bit and give you something a little different.

I've been seriously writing for almost five years. Over the years, I've learned quite a bit about writing and publishing. Some of it helpful, some of it... not so much. So, for a change of pace, I thought I'd give you a short list of those tough lessons learned that made a huge difference in my writing journey.

1. Beta-readers and Critique Partners Are Gold 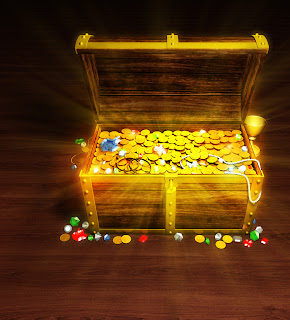 There are two extremes with beta-readers/critique partners: the cheerleaders and the ass-kickers. And they are both incredibly valuable.

*record scratch* What? Yes, you read correctly. They are BOTH valuable.

My work would not be at all publication ready if not for those beautiful, golden, ass-kickers. A writer NEEDS someone to tell them exactly where things are going wrong, with no bias or coddling. Does it hurt? Sure it does. But it is SO worth it when that agent/publisher phone call comes. Really.

Most serious writers know this. What they don't know is the importance of those heaven-sent cheerleaders . Those are the angels that keep you going. If not for a few amazing cheerleaders, Call Me Grim would probably still be a work in progress. Knowing there was someone out there who was excited about my work and who really wanted to know what happened next kept my butt in the chair pounding those keys. And what is a writer, if she/he's not writing?

(Hugs and kisses to my betas and crit-partners. You guys ROCK!)

2. Rules Are There For a Reason. Break Them Wisely 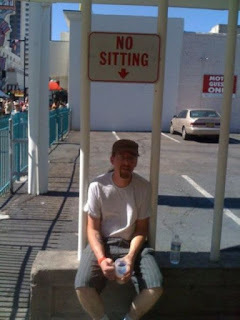 Show, don't tell. Cut the adverbs and excessive adjectives. Avoid purple prose. Don't write your query from the POV of your MC. We've heard them all.

They are all valid and important rules to know and follow. They will improve writing and the chances of getting in the publishing door.

Except when breaking the rules makes the work better.

Sure, there are a few hard and fast rules that really should NOT be broken, like the Follow-Submission-Guidelines-To-The-Letter Rule. Don't mess with that one. Unless you want your query to see the bottom of the trash-bin before it's even opened. But, some rules cry to be broken...wisely.

I learned not to be a rule-breaker simply to prove that I could. I know the rules and break them when I have to, because to do otherwise would sacrifice something valuable, like voice, pacing or character development. The act of breaking the rules, for me, is now a very thoughtful process. 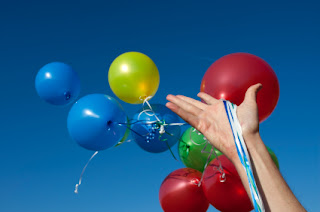 This was the hardest lesson for me to learn. It's important in two ways, both, I'm afraid to say, I've learned from personal experience. Let me elaborate.

After months (who am I kidding? years) of writing one novel, I KNEW it was a masterpiece. I queried and queried and after several rejections, I decided I needed beta-readers. I revised and revised and out the door it went. Again. Only to be rejected. Again. And so it went. I poured all of my efforts into revising that first novel and the query, trying to get it picked up 'cause, darn it, it took me FOREVER to write and it DESERVED to be published.

Then I got this awesome idea. It was pretty and shiny and I decided I would NOT screw this one up. It wasn't leaving the door until it was PERFECT. In every way. I got some feedback from betas, but they had some negative comments. It wasn't ready. I fixed those issues and sent it out to a few more betas who had different negative comments. Still not ready. Rinse and repeat, while my pretty, shiny idea grew a fine layer of dust and went absolutely nowhere. When I finally got around to submitting, the desire for that kind of a manuscript had waned.

With both of these novels, my problem was my inability to let go. And learning to let go was the way I eventually moved on to bigger and better things. With the first novel (which is under the bed, where it belongs) I wasted a ton of time on something that, looking back, was not worth it (Yeah. It was really that bad. Purple prose. Muddled POV. The works). With the second novel, I nearly lost my opportunity obsessively picking it apart.

Lucky for me, that second novel got me my agent and eventually my publishing contract with Month9Books, so there's that. But that never would have happened if I hadn't eventually learned to let go.

Thanks for sharing those lessons, I know I'll learn from them.

Hello! This post could not be written any better! Reading through this post reminds me of
my good old room mate! He always kept chatting about this.

I will forward this article to him. Fairly certain he will have a good read.
Thanks for sharing!