Two years ago, I was lucky enough to beta-read a fantastic YA Sci-fi/Superhero novel, ONE by Leigh Ann Kopans. I was intrigued by the unique concept, and swept away by the main characters and swoon-worthy romance. And now, ONE is available for all to read! Today, I am delighted to have Leigh Ann Kopans here for an interview.

Raised on comic books and classic novels, Leigh Ann developed an early love of science fiction and literature. As an adult, she rediscovered her love for not only reading, but also writing the types of fiction that enchanted her as a teen. Her debut novel, ONE, is about a girl with only half a superpower, the boy who makes her fly, and her struggle to make herself whole.

Leigh Ann, her husband, and four children live in Columbus, Ohio. When she’s not immersed in the world of fiction, you can find her obsessing over the latest superhero movie or using her kids as an excuse to go out for ice cream (again.)

Welcome to We Do Write, Leigh Ann.

Hi Elizabeth! Thanks so much for inviting me to We Do Write today! 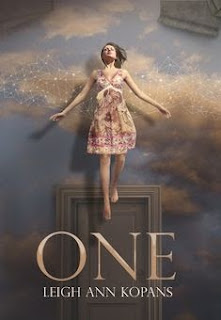 Thanks for joining us! Tell us about a little about ONE. What’s the story about?

Great goodness! What a beautiful cover! I love the idea of only having half a power. How did you come up with the idea?

I’ve been obsessed with superheroes as far back as I can remember. I grew up watching X-men on Saturday mornings, and I loved the mix of kick-butt powers and drama on that show. I thought about superpowers long and hard, and realized that they almost all had more than one component. I wondered what would happen if someone had only one of those components.

Very cool. Do you have a critique group/partner or beta readers, or do you self-edit?

I have an ARMY of critique partners and beta readers. ONE went through three big edits, then two more light edits before it went off to the copyeditor. So far, TWO, the sequel, has been through two big edits, and is waiting for a lighter one before going to beta readers, and then it will go to the copyeditor. I can’t speak for TWO yet, but ONE had just over two dozen early readers before going to the final copyedit.

That's a lot of beta-readers. I'm happy to add myself into that two-dozen. Are you a plotter or a pantser?

ONE was pantsed, but that was the last book I’ll ever write like that. I have a day job and four kids, and for me, pantsing just takes way too long. Now, I outline with the help of a beat sheet, and it cuts the time it takes me to write a first draft down about 75%.

Hmmm... you present a convincing argument. I may have to rethink my pantsing tendencies.  What’s the hardest part of writing for you?

I would say making sure every element of the plot makes sense, because that’s what it seems like to me…but if I look at my editor’s comments, the hardest part for me is ACTUALLY getting a consistent and likeable character voice and arc. 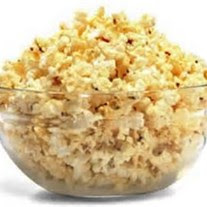 Unfortunately, munchies. I’ve mostly transitioned to low fat popcorn and carrot sticks, but let’s just say writing as much as I do isn’t that awesome for my waistline. Can’t win ‘em all, I guess.

Wouldn't it be great if typing burned as many calories as running? We should look into that.

To never sleep. Think of all the books I could write! And read!

I can’t think of a weirdest thing, but the saddest thing I’ve googled recently is “Good excuses for my suicide scars.” But that’s for a different book.

Quick writing test! Use the following words in a sentence: graffiti, cloud, trolley.

The graffiti scrawled on the side of the trolley blurred into a cloud of color as it sped by.

Finish this sentence: If I'm not writing, I'm probably ...reading or sleeping.

Who would you like to thank for supporting you?

Jamie Grey has been by my side literally from the moment I decided to self-publish this book, and I honestly think I would have quit at twenty different times if she hadn’t been there to pull me along. Trisha Leigh has been my publishing mentor and inspiration, and I’d be lost without her. And every member of my production and street team, #TeamONE, has gone above and beyond to make this book a success – and that’s over 100 people.

And here are the buy links for ONE!
Amazon Kindle
Paperback (from Amazon)
Special Edition Paperback with comics (from Amazon)
Barnes and Noble Nook
iBookstore
Signed (from my site)
Createspace

Thank you so much for inviting me over! It’s been a pleasure.

Congratulations on your release, Leigh Ann! Thanks for stopping by!

**Friday, July 5th, We Do Write will have an exciting announcement! Come check it out!**

Posted by Elizabeth Holloway at 9:38 am
Email ThisBlogThis!Share to TwitterShare to FacebookShare to Pinterest
Labels: interview, Leigh Ann Kopans, One, romance, self-publishing, YA Sci-Fi, YA Superhero

Great interview, and I agree, awesome cover! I've had my eye on this one. ;)