Three, Two, One, Pitch Contest: We Have Winners!

Good morning, Ladies and Gents! As many of you know, we ran a little contest a few days ago called the Three, Two, One, Pitch Contest (read more about it here). We had some really great entries and I'm happy to announce that our guest agent judge, Lindsay Ribar, has picked her winners. And not only that, she gave us a little feedback as to WHY she picked what she did. How awesome is that?

So, here are her choices, in Lindsay's own words:

First of all, thanks for having me as the judge for the Three Two One Pitch contest! It was incredibly fun to read all of these, and actually pretty hard to narrow it down.  In the end, though, these are the pitches that really stuck with me.

After losing his legs in an accident, Ozzy knows he’s a hideous freak. Determined to prove he can still be a man despite his disability, he throws himself into dumping the burden of his virginity, but finds there’s a limited number of people willing to touch legless dudes in wheelchairs. Ozzy’s obsession takes him into the seedy underworld of brothels and escort services where he discovers the difference between sex and intimacy, and that sometimes the price you pay for getting what you want is much higher than a sex worker’s fee.

Talk about edgy, right? Not only does our protagonist have a disability that clearly screws with his own self-perception, but his coping mechanism is paying for sex.  But if the phrase “the difference between sex and intimacy” didn’t hook me (spoiler: it did), that last line sure did. I want to know what the price is.

Molly Pinto Madigan
OF BLOOD AND ROSES
YA UF/PR
70,000 words

Maggie Mae Carter is sick of living life timidly, adrift in a sucky sea of collegiate drudgery, so when she hears a voice on the radio that makes her feel more alive than she has in years, she knows she has to meet the singer – the mysterious Thomas Lynn. Armed with a penchant for folk music, Maggie steals away to The Hall – a labyrinthine rock club teeming with secrets – to meet the man who spins ballads into rock ‘n’ roll perfection, but when she wakes up alone on the greenroom couch, petals in her curls and her arms raked with thorns, Maggie is plunged into the strange world behind the shadows of The Hall, where words bind, where music manipulates, and where mortality hints at something more. As she struggles to unravel the mystery behind the music, will Maggie be able to save Thomas Lynn from the fey forces that threaten him, and, more importantly, will she be able to save him from himself?

Full disclosure: I did receive this as a query a few months ago, and because I’m horribly behind on my non-client reading, it’s still in my “Look At This When You Have Time, Because It Might Be Awesome” folder. Full disclosure part two: I’m 300% more likely to read anything that has to do with music and musicians. Those things aside, though, this is just a particularly well-written pitch… and I’m intrigued by the hints of magic, which feel far more otherworldly than most things you find in YA nowadays.

Joanna Ahleen
SHADOWS
YA PR
78,000 words
Samantha Bell is falling hard for her best friend Mark, but he’s in love with a ghost who has been dead over a century. Sam’s budding feelings for Mark are tested immediately as she is literally haunted by ghost girl-Kate who, according to a stupid prophesy, thinks Mark is destined to die and join her spirit-state very soon. To make matters worse, when Sam learns Kate isn’t the only ghost keeping an eye on her, Sam’s world shifts into something she isn’t sure she wants to be a part of: a world where ghosts aren’t merely harmless specters who slam doors and throw dishes.

It’s the viewpoint that sold me on this one – a viewpoint that reminds me of Team Human in the best possible way. And if that wasn’t enough, this Samantha person seems to think about as highly of prophecies as I do!

Congratulations to all of the winners! And the prizes? Lindsay would like to see your full manuscripts! Yippee! Please send the material to lribar (at) sjga (dot) com. Be sure to mention you are a winner of the Three, Two, One, Pitch Contest in the subject line of your email.

Thank you, Lindsay, for being so awesome and for taking the time to judge this contest. You seriously ROCK! 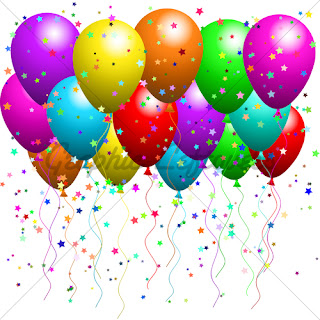 Very cool! Congrats to all the winners!