We Do Write is happy to take part in the cover reveal for REFLECTION POND by Kacey Vanderkarr. Looks cool, right? Check out what the book is about! 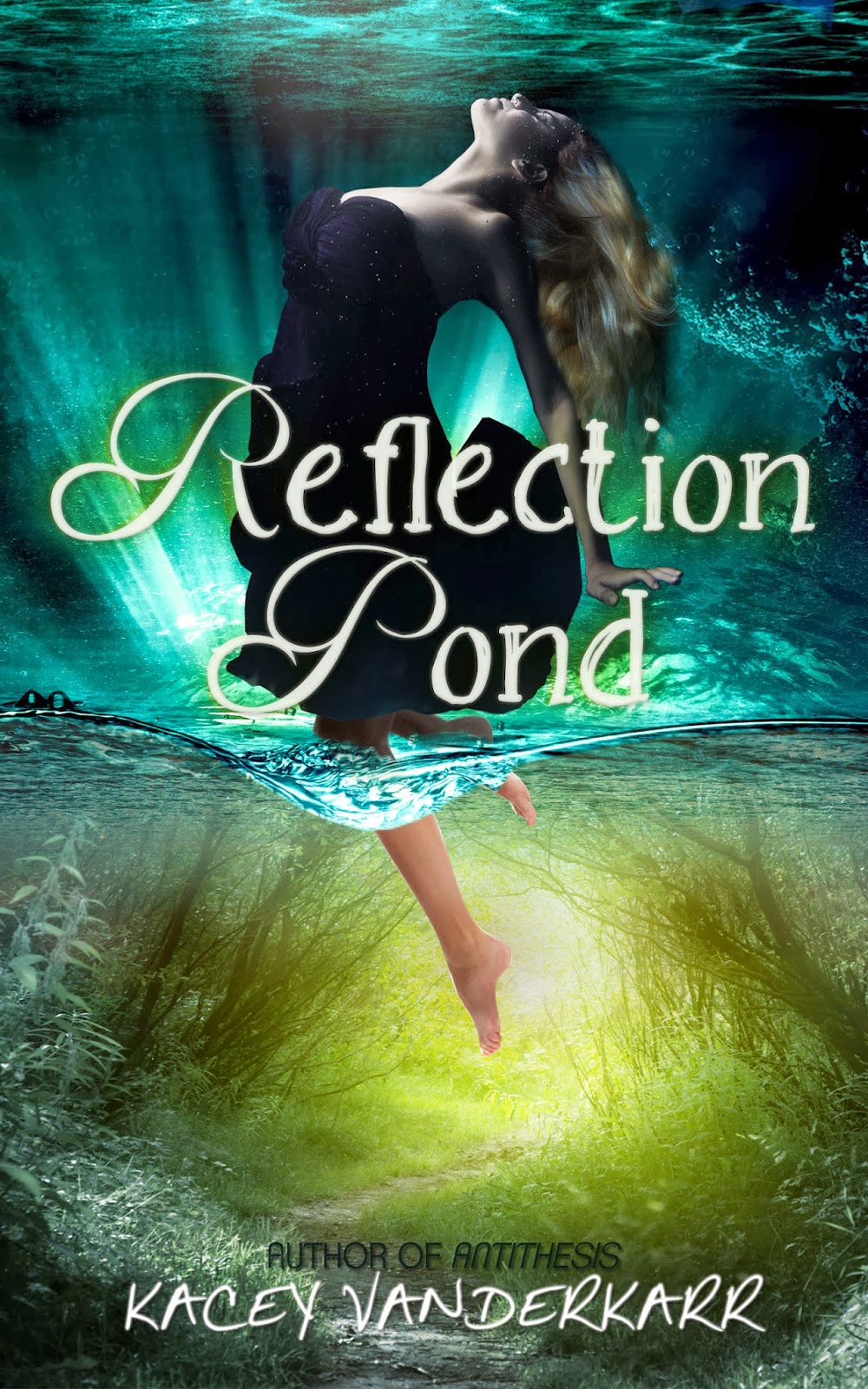 Sometimes you find home, sometimes it comes looking for you.Callie knows a lot more about pain than she does about family. She’s never belonged, at least, not until she falls through a portal into her true home. The beautiful faerie city of Eirensae doesn’t come free. Callie must find her amulet and bind herself to the city, and most importantly, avoid the Fallen fae who seek her life. Seems like a small price to pay for the family she’s always wanted.Then she meets cynical and gorgeous Rowan, who reads the darkness of her past in her eyes. He becomes Callie’s part-time protector and full-time pain in the ass. He has secrets of his own for Callie to unravel. What they don’t know is that the future of Eirensae lies with them, and the once peaceful city is about to become a battleground for power.

Kacey Vanderkarr is a young adult author. She dabbles in fantasy, romance, and sci-fi, complete with faeries, alternate realities, and the occasional plasma gun. She’s known to be annoyingly optimistic and listen to music at the highest decibel. Kacey is the president of the Flint Area Writers and the Social Media Director for Sucker Literary. When she’s not writing, she coaches winterguard, and works as a sonographer. Kacey lives in Michigan, with her husband, son, crazy cats, and two bearded dragons. Kacey’s debut novel, Antithesis, is available from Inkspell Publishing.

Posted by Dorothy Dreyer at 8:58 am
Email ThisBlogThis!Share to TwitterShare to FacebookShare to Pinterest
Labels: cover reveal, Kacey Vanderkarr, Reflection Pond, YA