Interview with Michelle A Hansen PLUS Giveaway

We're proud to take part in the blog tour for Michelle A Hansen's BEFORE THEY FIND US. Let's take a minute to get to know Michelle and talk about her book. 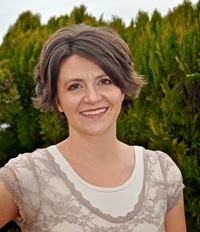 Welcome to We Do Write, Michelle. Tell us a bit about yourself. How long have you been writing?

My first award-winning book was Arrowhead Wins a Gold Medal, which I wrote in second grade. My mom illustrated it. You would think this exciting start would mean I’d set my sights on being an author, but I guess I thought being an author was like saying you wanted to be a rock star—not a viable career path. After sixth grade, I didn’t do any creative writing until my last semester of college. I took “Writing the Young Adult Novel” from author Louise Plummer, and while I loved it, the next semester I left campus to student teach. Six years later, I picked up the manuscript again, and I’ve been writing ever since.

Tell us about BEFORE THEY FIND US. What’s the story about? 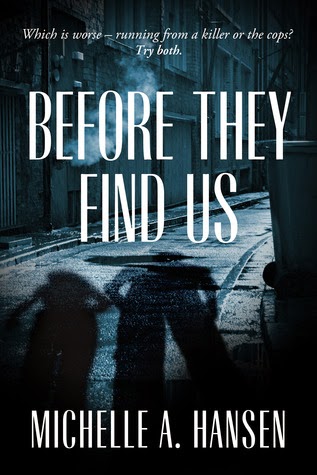 When a bomb goes off in his locker, Rebecca Hale’s best friend Ryan is suspected of terrorism. She vows to clear him before the FBI and the ATF figure out where she’s hiding him, but when Rebecca realizes the bombing is tied to a crime she witnessed six years ago, uncovering the truth may mean losing her best friend and her heart along with him.

It all started with an attic door. We were living in Green River, Wyoming, and our apartment had an attic door over the hallway. Around the same time, I read an article about a man in Japan who found out a someone was living in his apartment without his knowledge. He noticed food missing, but nothing was out of place, so he installed hidden cameras and found this person sneaking out of the attic while he was at work.

In the beginning, that was the story I planned. A mysterious person hiding in Rebecca’s home, and when she finally discovers him, he’s not a stranger but her best friend, who is wanted by the cops. However, there wasn’t enough plot to carry it, and eventually the characters took over and we ended up with a completely different story.

I work-shopped this novel as part of my MFA program. I also have a group of beta readers that I send my novels to, usually right before publication. This novel also went to two professional editors, one for development and one for copyedits.
Are you a plotter or a pantser?

I’m an outliner, which I think is a good combination of the two. I don’t always follow my outline, but it gives me a framework to build on. Usually, I know the climax and ending of the novel first, and I work backward to build the rest of the plot. I always know where we are going. The end is never a surprise to me. How we get there, is the hard part.

Sometimes writing feels like an act of translation. You’re translating the images and scenes and voices in your head into words. The hardest part is just finding the words to explain what I see and hear in my head. I’ve learned to write it ugly and worry about the words later. The most important thing is the get the scene onto the page.

What do you absolutely have to have nearby when writing? Pepsi & earplugs

I just finished In the Shadow of Blackbirds by Cat Winters. It is a paranormal romance/murder mystery set in the middle of the 1918 Spanish Influenza outbreak. I. Loved. It. Stayed up all night to finish it.

I would be a mind-reader, like Edward Cullen. Although, teleporting would be cool, too. You have no idea how much time I spend in my car!

Quick writing test! Use the following words in a sentence: search party, interrupted, and kangaroo.

KSLK was the first to break the story that the search party was interrupted by a kangaroo, who had the missing child safely stowed in her pouch.

Finish this sentence: If I'm not writing, I'm probably

... making something. I do crafts, make soap, makeup, whatever. I’m a totally DIY junky. I won’t buy it if I can make it myself.

You know, the acknowledgements are the scariest thing to write in a book. I know I will leave someone out.

The most important shout-outs go to my husband and kids, who allow me to ignore them for hours on end, and my mom, who reads and edits everything. My dad is a gold-mine of knowledge in law and crime.

I also owe a great deal to the talented writers at the Northwest Institute of Literary Arts, who challenge me every day to be a better writer.

All of Jordan’s computer knowledge came from the brilliant Dean Christensen, who is a former student of mine. Dean also built my website and is the go-to man for all things tech. My friend Ashley Yorgesen has taken hundreds of photographs to help me with research and promotion.

I could not be an author without these people. I am so grateful!

Before They Find Us is available from any major book outlet online. It is also available on Kindle, Smashwords, Kobo, iBooks, the Sony bookstore—pretty much everywhere.

Posted by Dorothy Dreyer at 8:37 am
Email ThisBlogThis!Share to TwitterShare to FacebookShare to Pinterest
Labels: Before They Find Us, blog tour, giveaway, interview, Michelle A Hansen, Xpresso Book Tours, YA thriller

You're welcome. My pleasure.