Today I’m taking part in the MY WRITING PROCESS blog tour. I was invited by Kat Ross whom you can find at http://katrossbooks.com. Thanks, Kat! 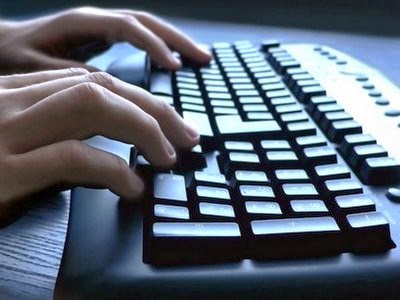 The MY WRITING PROCESS blog tour introduces new authors and bloggers in a sort of pay it forward venue. I have four writerly questions to answer, and then I have three authors/bloggers to introduce. Those tagged will join the tour, posting their answers about a week later.

So first, the questions:

What am I working on?

I’m about to enter the last revision stage of my upcoming book, MY TETHERED SOUL, which is due for release on June 10th from Month9Books. I just had a cover reveal yesterday, and I’ll be signing copies of the book at BEA in in May. I'm also writing another book.

How does my work differ from others in its genre?

There are other books involving reapers, but my book has mythical beings called , which are half faery and half witch. I can’t recall another book with this mix of supernatural creatures. Maybe there are, but I do not know of them.

Why do I write what I do?

I love magic in stories. I think it makes stories much more interesting. And I love creating magical worlds and people and telling their tales. And YA simply rocks!

How does my writing process work?

First comes the idea, that little seed that slowly forms into a sapling in my head. Once the idea is solid, I like to figure out where the story would go. Yes, I’m a plotter. For my latest WIP, I wrote notes to myself on my phone for bits and pieces I needed to remember for the story. My next step is outlining, which sometimes includes index cards. From my short outline points on the index cards, I start typing. That’s when the pantser in me comes out, usually because the characters try to usurp my plotting. When I have a few good chapters fleshed out, I start sending them to my crit partner and beta reader.

And now it’s time for me to tag the next three victims … er, participants. Look for their posts in the upcoming week or so where they’ll spill all their writerly secrets.

Elizabeth Holloway is a maternity nurse living in with her two teen children and their pets, Bam-bam the dog and Tinkerbell the cat. In addition to nursing and writing, she’s also an avid reader, an artist, a karaoke singer, a music lover, and a kick-ass Pictionary player. Her debut YA novel, CALL ME GRIM, will be released from Month9Books in Fall 2014.

DelSheree Gladden lives with her husband and two children in . DelSheree has several bestselling young adult urban fantasy series and will be releasing her first contemporary romance this year.

Award-winning writer Ioana Visan has always dreamed about reaching the stars, but since she can't, she writes about it. After fighting the apocalypse aftermath in "Human Instincts", she played with shapeshifters in “Blue Moon Café Series: Where Shifters Meet for Drinks”, and then she dealt with vampires in “The Impaler Legacy” series, before tackling longer works like a fantasy trilogy and a science fiction series. She was awarded the Encouragement Award by The European Science Fiction Society at Eurocon 2013.