Guest Post: On Writing and Music, by Dina von Lowenkraft

Please help us welcome Dina von Lowenkraft, author of YA fantasy novel, DRAGON FIRE. Dina has joined us today to share a bit about how she uses music to help define her characters. But first, a little about her newest novel, DRAGON FIRE, which is available now! 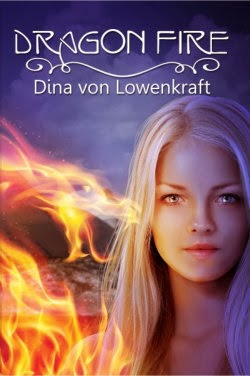 When seventeen-year-old Anna first meets Rakan in her hometown north of the Arctic Circle, she is attracted to the pulsing energy that surrounds him. Unaware that he is a shapeshifting dragon, Anna is drawn into a murderous cycle of revenge that pits Rakan and his clan against her best friend June.

Torn between his forbidden relationship with Anna, that could cost them both their lives, and restoring his family’s honor by killing June, Rakan must decide what is right. And what is worth living – or dying – for.

On Writing and Music

I have a writing quirk that I didn’t realize was a quirk until I started discussing playlists with other authors. They all have playlists that give the mood of their manuscript or specific scenes (fight scenes, love scenes etc.), but I don’t. Instead, I find music for each character. I actually go out and search for CDs that each character would listen to, or in the case of my angel-like Elythia, that they would sing - and no, they don’t sound in any way angelic! If any of you know the group Tool, you’ll know what I mean.

And when I’ve been unsure, I’ve even gone into a music store and described a ‘friend’ I was buying music for. After one such session, I came out with a couple of Angels & Airwaves CDs that turned into Erling’s voice for me. Although Erling is a secondary character in Dragon Fire, he is one of the main characters in the prequel that I am currently working on.

My other quirk is that I don’t listen to music while I write. So what do I do with all those CDs I buy for my characters? I usually listen to them in the car when I am driving from one place to an other (I live in the country, and do a lot of driving). I really enjoy this time with my characters in the car. It helps me figure out who they are and what they are feeling in the scene I am writing.

As a side, but truly amazing story, when I went back to Tromso in Northern Norway where both Dragon Fire and its prequel are set, I went to the restaurant where I imagined Erling and June going to for their first date (an event that happens in the prequel). The CD that greeted me when I walked in was by Angels & Airwaves. In addition, the green Ninja motorcycle I had imagined for one of their friends was parked across the street. It was as if my world had come alive. Needless to say, I sat down, ordered June’s vegetarian burger and wrote the rest of the scene on a complete writer’s high.

The only character I never found any music for was Rakan, the main character of Dragon Fire. It took me several months of searching to realize that as a shapeshifting dragon who had grown up in an isolated part of Western Tibet, Rakan didn’t listen to music.

How do you use music when you write? Or is there something else that helps you get closer to your characters/the voice of your manuscript? I’d love to hear from you! 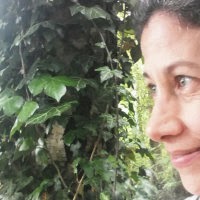 Born in the US, Dina has lived on 4 continents, worked as a graphic artist for television and as a consultant in the fashion industry. Somewhere between New York and Paris she picked up an MBA and a black belt – and still thinks the two are connected. Dina is currently the Regional Advisor for SCBWI Belgium, where she lives with her husband, two children, three horses and a cat.

Dina loves to create intricate worlds filled with conflict and passion. She builds her own myths while exploring issues of belonging, racism and the search for truth... after all, how can you find true love if you don’t know who you are and what you believe in? Dina’s key to developing characters is to figure out what they would be willing to die for. And then pushing them to that limit.

thank you for having me!

The book sounds interesting and a love the thought of music for each character instead of just the mood or theme of the WIP. Thank you!

This is so cool! I do sort of the same - I have specific songs for individual characters and songs for pairings as well as playlits for the overall novel.

I love Tool! And I was just listening to A Perfect Circle :) One of my favourite characters from a current WIP is the song Counting Bodies like Sheep personified!

Hi Fifi - glad you enjoyed the post :-) playing with music and characters is so much fun!
cheers,
Dina

Hi Suzanne - how nice to hear from someone else who also has specific music/songs for different characters!
cheers,
Dina
PS I want to meet your character :-D :-D