Wow! What an amazing weekend! I'm almost sad it's Monday. Thankfully, Shannon Duffy has dropped by for an interview. Shannon has joined us before (here and here), but today she's promoting the release of her newest novel in the Gabriel Stone Series, Gabriel Stone and the Wrath of the Solarians. Gabriel Stone is back from Valta, but the adventure is just beginning! His friend Tahlita is trapped in Willow Creek with no memory of Valta. Gabe, Piper, and Brent are determined to reunite Tahlita with her father. Yet even as they do, Prince Oliver arrives asking for their help. Menacing forces known as the Solarians have kidnapped the Empress and Princess and are threatening the lives of humans everywhere. Along with talking tracker monkey, Finley, the friends battle vampire mermaids and a living, blood-filled lake in their quest to save the Empress and Princess. Even with cool new powers, Gabe discovers their strongest weapon is their friendship as they battle the Solarians and rescue a cursed white witch—who may be the only one who can save Valta.


Welcome back to We Do Write, Shannon! So excited to have you again!

Thanks for having me! I really do appreciate it.

Tell us a bit about Gabriel Stone and the Wrath of the Solarians.

Well, with Tahlita being in Willow Creek, Gabe, Brent, and Piper need to find Dane and get the two of them re-united and back to Valta. But when Prince Oliver shows up and tells them about the princess and empress being kidnapped by other planetary creeps, they need to go back to Valta and help out—this time equipped with new and awesome magic powers.

Sounds exciting! How did you get the idea for your story?

All in my crazy, over-active brain. =)

Your MC is a middle-grade boy. What challenges did you face writing from that POV and how did you solve them?

Being the mom of a boy definitely helped. And I’d read it aloud to him chapter by chapter as I finished them. Gabe (my son) isn’t afraid to tell me if something doesn’t work—and he did tell me to change some things. 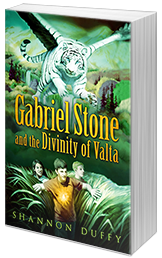 Isn't it great to have a representative of your intended audience in your house? And even better if they are willing to give constructive feedback.

I think you really need to think things through and ask yourself a lot of questions about this world you’ve created. For example, what are the rules of physics there? Is there magic? Is the landscape the same as Earth or different? If different, how so? Weave these details in but whatever they are, be consistent throughout.

Tell us something about yourself that most people don't know.

I’m really into fashion and decorating. I guess it’s all looped in with creativity, but I love it.

And finally, if you could ask any person, real or fictional, one question, who would it be and what would you ask?

Wow, that’s a tough one. Let’s go with fictional. Damon from the Vampire Diaries. My question: Will you marry me? ;)

Ha! Thanks again for joining us! I can't wait to read the next installment of the Gabriel Stone series! 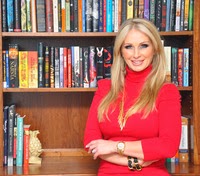 Shannon Duffy grew up on the beautiful east coast of Canada, and now lives in Ontario, Canada with her husband and son, Gabriel. She’s mom to one boy, and several pets. Shannon loves writing, reading, working out, soccer, and the sport of champions: shopping. 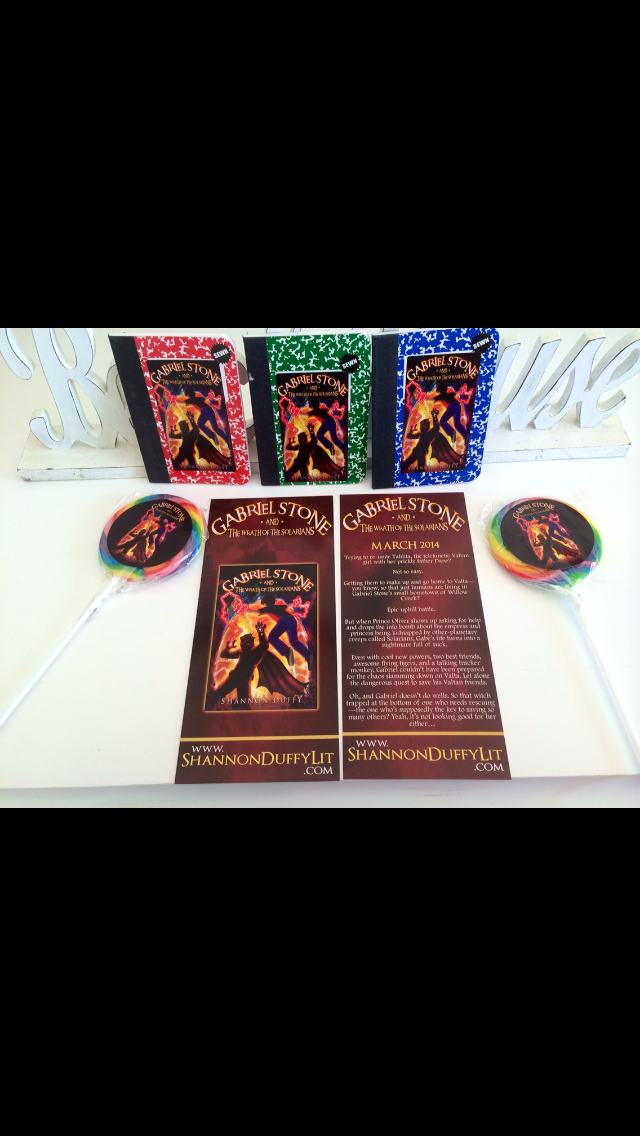 Great interview! And I'm all team Damon too, so great answer!