Tomorrow, the second book in the Variants Series by Susanne Winnacker entitled DEFECTOR will be released! Check it out! 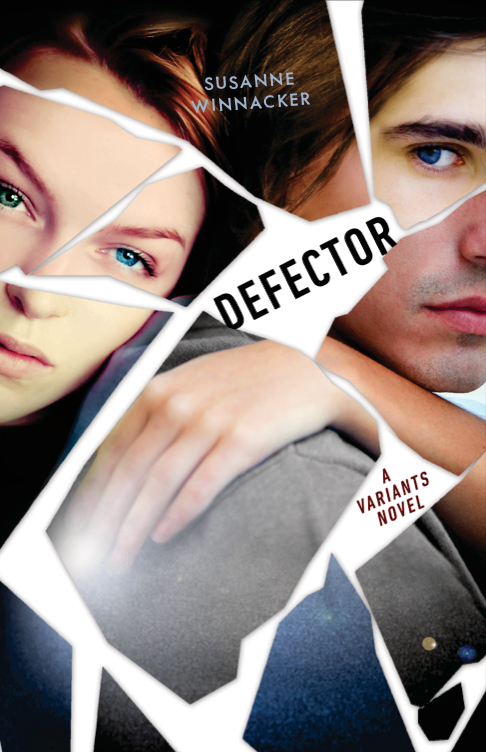 Tessa has finally made peace with her life as a Variant. She and long-time love Alec are officially a couple, and for the first time, she has everything she wants.

But the air is tense at FEA headquarters. An agent has disappeared, and rogue variant organization Abel’s Army is likely the culprit.

When Tessa is summoned for her second mission, she is unexpectedly launched into a massive conspiracy. Her best friend Holly is kidnapped and Tessa knows it was meant to be her. But who is after her? And more importantly, why?

When the FEA’s efforts to rescue Holly don’t yield any results, Tessa takes matters into her own hands. Desperate to save her friend and uncover the mystery behind Abel’s Army, Tessa launches her own investigation—but nothing could prepare her for what she finds. Everyone in her life is harboring secrets: Alec, her estranged mother, even the father she never knew.

The truth will take her out on the road and out of her comfort zone, with danger lurking everywhere. Summoning all of her courage and strength, Tessa must decide who can be trusted and what is worth fighting for—even if it means going against the life she thought she wanted. Her final decision will leave readers breathless.