Happy Monday, everyone! Let's start the week off with a smile by chatting with author Shawn McGuire on the Break My Bones tour.

Hi, Shawn, and welcome to We Do Write. Tell us a bit about yourself. How long have you been writing? 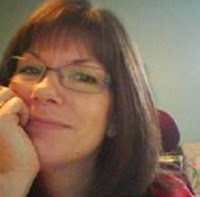 Thanks for having me. I’m Shawn McGuire and I’ve been writing since I was 12-ish. I loved writing as a kid but it never occurred to me that being an author could be my career. So I’m a little late to this game.

I moved to the Denver area of Colorado from Wisconsin three years ago with my husband and younger son. My older son is still in Wisconsin going to college and starting the next chapter of his life. When not writing I love reading (obviously) cooking and baking, decorating my home, crafts (I’m trying to learn how to knit…I’d love to make a sweater someday…one that could actually be worn in public…), and I love nothing more than hiking or camping in the Rockies!

Tell us about BREAK MY BONES. What’s the story about?

Here’s the back cover blurb: 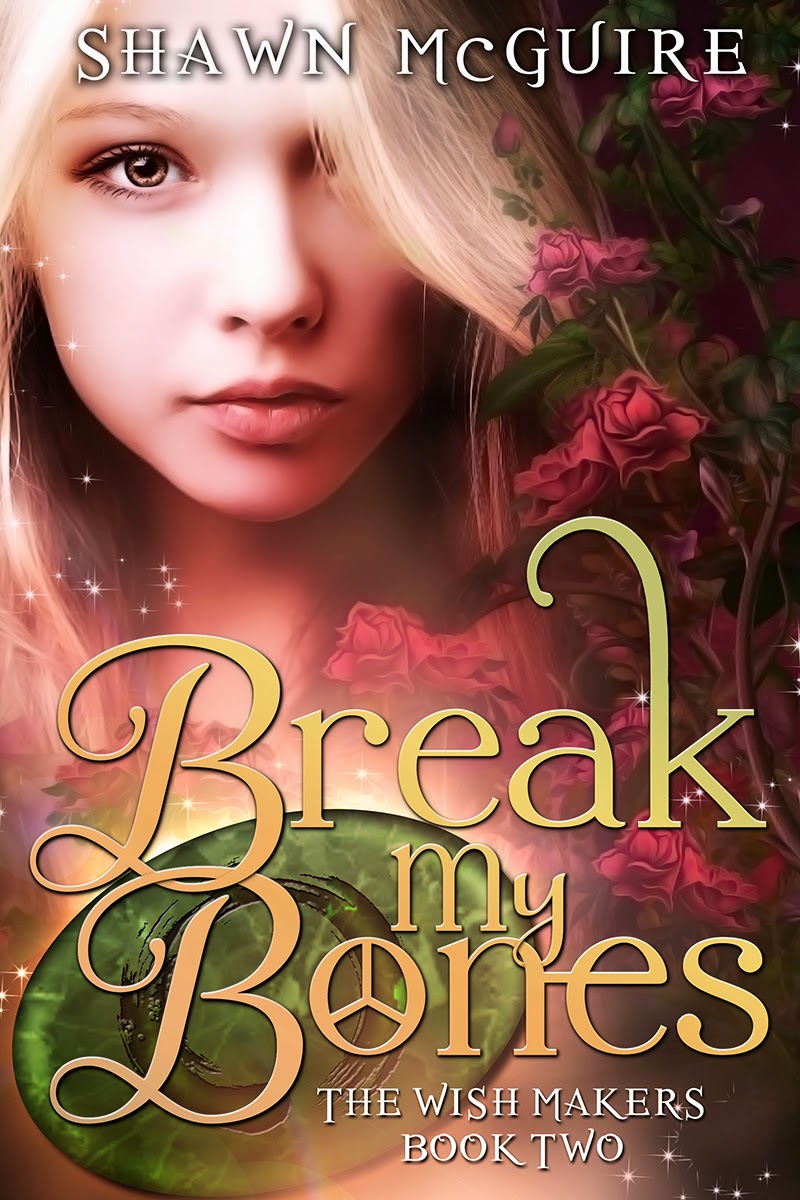 Seventeen-year-old Crissy Sheets was so sure Brad was the one, she believed him when he swore the first bruise was an accident. She believed him when he told her he loved her after the second. Now trapped in an abusive relationship with no idea of how to get out, she’s all but given up on ever having the life she dreams of. With little to lose, Crissy wishes for a better future.

She’s told her wish has been granted, but nothing has changed. Her house is still a dump, her mother is still drinking, and Brad still wants to control her every move. Then Lance moves into the house across the yard. He’s hot, chivalrous, and wants to help Crissy break free. Will standing up for herself push Brad too far?

The basic premise to all of the books in the series is that the main character (there’s a different one in each book) makes a wish that is granted and then things don’t go so well. Our genie, Desiree, has a bit of a sadistic side and tends to make the wishes journey a bit more difficult than is really necessary.

I was just starting to plot out BREAK MY BONES, the second book in The Wish Makers series, and was sitting at my son’s Taekwondo class one evening. The lesson was on how to escape if someone is sitting on top of you and has your hands pinned to the ground. The main character for book #2, Crissy, started talking to me. Honestly, it was like she was sitting behind me and spoke in my ear. She said, “That’s what happened to me” meaning being held down and having her boyfriend force himself on her. The book poured out of me after that.

A little bit of everything. I start out with a few writer friends who help me brainstorm the story before I start and then once I start writing I can ask, “What about this?” and they talk through it with me. It’s so amazingly helpful to have people to work through ideas with. It keeps me from flailing about on the page.

Next comes my critique group. There are 6 of us in the group. We’ve been together for 10 years and really trust each other. Each of us has different strengths which makes us really solid as a group.

I also do a bit of self-editing. Since I’ve decided to go the indie route, my goal is to release 2-3 books a year. I feel like if I’m going to ask my CPs to read more often, I should at least give them really clean manuscripts to read.

I’m a plotser! I do a loose outline before I start. I like to know what the ending will be so as long as it ends up where I want it to, it’s ok if the characters take a different route to get there. With a series especially, it’s important to stick to the plan.

Plotting! First drafts are a bugger too despite the outline. (Maybe I need to do tighter outlines. Hmm…) I follow the “it’s easier to edit bad words than a blank page” philosophy so I blast through the first draft in a week or so. That first draft is usually really ugly and many times I’ll be closing in on “The End” and be like, what is this story about?!?!

I find when I write it as quickly as possible without editing myself along the way (yes, that’s hard!) I’ll find that the plot is in there and I just need to delete all those ugly words. I end up taking care of two problems at once with my “Blitz Week” technique.

Invisibility! Mostly because I’m kind of snoopy. I’d love to be able to sneak into places I shouldn’t go and listen to conversations that aren’t necessarily for my ears.

While writing book #3 in the series, NEVER HURT ME, I needed to know how much it would cost to get a fake passport. After I found the info, I closed the browser and thought, “Wow, I hope Big Brother isn’t watching me and I just ended up on a government watch list somewhere!”

Quick writing test! Use the following words in a sentence: break, appetite, and skeletal.

Watching the skeletal girl, so fragile she might break from a sudden impact, pick at the salad in front of her, my healthy appetite felt like a blessing.

My husband is top of the list. Without his support of this crazy writing dream of mine, it wouldn’t have happened. During the times when I wanted to give up, he wouldn’t let me. He celebrated every tiny shiny glimmer and listened during every dark cloud rejection. Same with my sons. Writers are a different breed. They’re used to me be upbeat and positive one day and down in the dumps the next. Sometimes within the same day. On a bad day, within the same hour! My parents and in-laws too, but they don’t have to live with the craziness!

Also my CPs! We all get each other. I remember moaning about something or other recently and one of them said, “Welcome to my world.” That was it and we moved on to the writing. It’s so good to be surrounded with people that get it.

I’ve tried to put them up anywhere and everywhere I can. If there’s someplace I missed, let me know! The Wish Makers series is on Amazon, CreateSpace (print version), Barnes & Noble, Kobo, iBooks, Google Play, and Smashwords. All of the buy links are on my website: www.Shawn-McGuire.com

Posted by Dorothy Dreyer at 11:15 am
Email ThisBlogThis!Share to TwitterShare to FacebookShare to Pinterest
Labels: Break my Bones, interview, Shawn McGuire, The Wish Makers series, YA Paranormal

Gorgeous site, Dorothy! Thank you for hosting me. :)