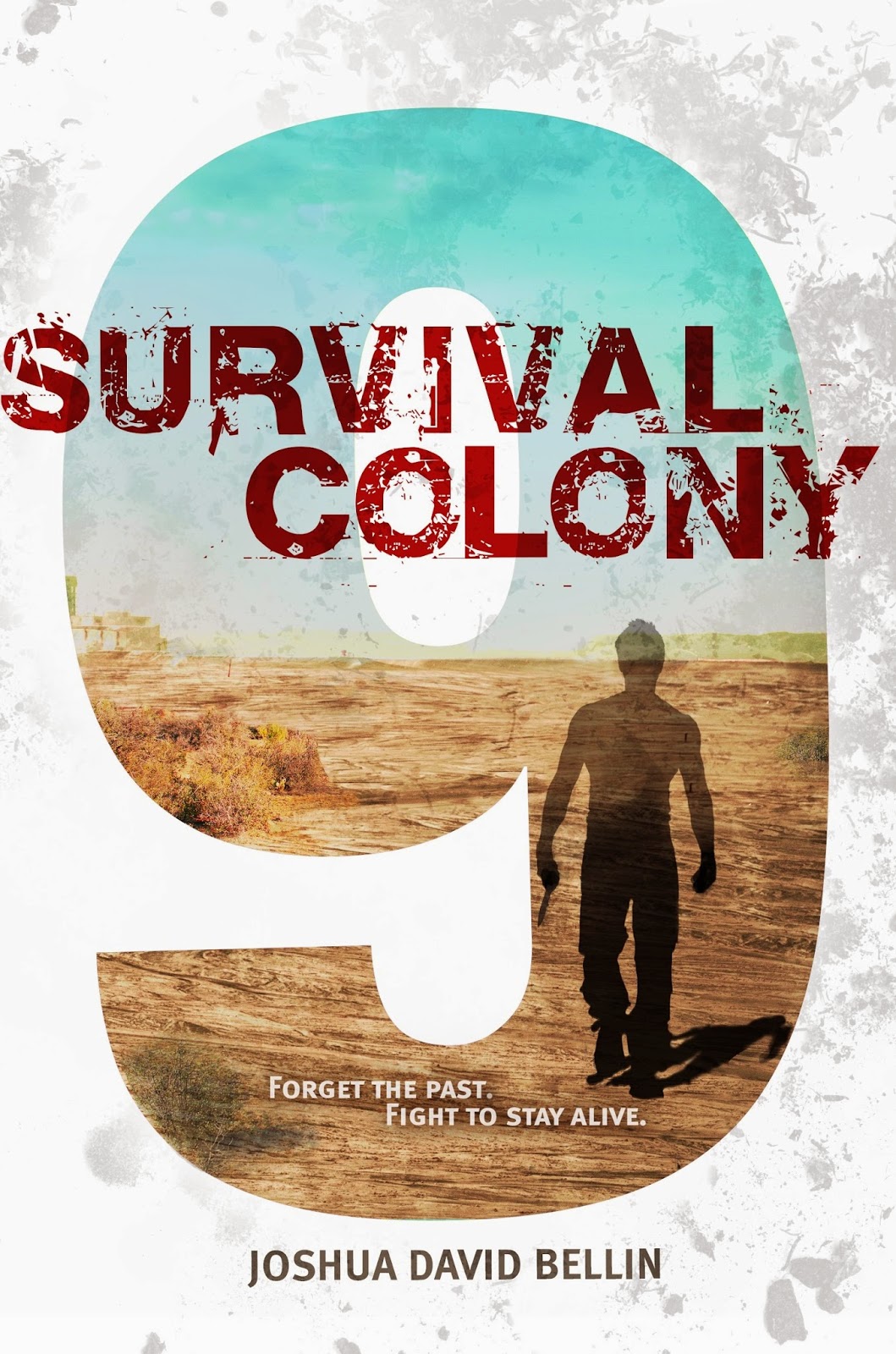 Fourteen-year-old Querry Genn's world is a desert where small groups of survivors struggle against heat, starvation, and the creatures known as the Skaldi, monsters that appeared on the planet after war swept away the old world. Suffering from amnesia brought on by an accident, Querry struggles to recover the lost memories that might save the human race. But the Skaldi are closing in, and time is running out on Survival Colony 9.

In this excerpt, a scouting party investigates the western desert, where the colony has been driven following a Skaldi attack. There they find an abandoned settlement. Through Querry’s eyes, we meet some of the novel’s main characters: the commander of Survival Colony 9, Querry’s father Laman Genn; Laman’s second-in-command, Aleka; and Querry’s nemesis, Yov. We also hear rumors of the Skaldi, who are an ever-present threat in this world.

The trucks crawled up the hill, coughing and wheezing, pulled up on bare dirt and stopped with a squeal. My dad, moving faster than I’d seen him move in weeks, jumped down from the cab. He took a long look at the place, hands on hips, nodding slowly. Then he turned to us.

“Who found it?” He directed his question at Aleka, but I could tell he hoped the answer was me.

My dad stepped over to Yov and reached up to pat him awkwardly on the shoulder. Yov had a calm look on his face, like he was saying, “hey, just doing my job,” but I knew I’d be hearing about this later. From both of them.

Sure enough, Yov looked sidelong at me and smirked.

“We’ll have to double-check,” my dad said. “Aleka, have your team sweep the perimeter. Querry,” he signaled. “Get over here.”

While Aleka and the others fanned out to circle the compound, I accompanied him to the interior, near the crater. For an hour he had me get down on my hands and knees to peer in the dust for signs of Skaldi. He’d taught me how to detect their presence, but it’s not easy. When they leave a body behind, there’s nothing much to see. Emptied, like a sack of skin.

He kept up a running commentary as I crawled around in the dirt searching for evidence. “It doesn’t have to be much,” he reminded me. “Scraps, flakes. Teeth. Anything they might have left behind.”

“What about this?” I lifted a long, thin strip of some translucent material from the floor of a ruined house.

He scrutinized it. “I don’t think so. Bring it back, though. I’ll have Tyris take a look at it.”

Eventually we came to the very lip of the crater. He considered sending me down inside, but the walls fell away steeply and the rock looked precarious. He made me hunt around the edge anyway.

“Seems clean,” I told him when I was done.

I dropped to the dust and searched once more for signs I couldn’t see.

We strolled back to the others when he was satisfied with my inspection. “Something about this place,” he said. “Familiar. Like I’ve heard someone talk about it before.”

He shook his head, remembering, not remembering. He’d told me stories about what cities used to look like, with shining towers of steel and legions of cars streaming down the avenues. But he’d never seen one himself, not that he could remember. Only the old woman had, and the holes in her memory gaped as wide as the cracks in the houses that were left.

When we returned to the others, I could feel the anticipation in the air. No one budged, but all eyes zeroed in on him.

The magic word shivered through the crowd. His face remained composed, but I saw his eyes light up. “Where?”

Aleka led the two of us to the structure farthest from the nucleus of camp, a windowless square of gray cinderblock overlooking the hill’s eastern edge. My dad said it looked like a bomb shelter, but even if bombs had been flying or Skaldi breathing down our necks, there was nowhere near enough room for our whole camp. Probably it had belonged to a single family in the time before. It seemed to be the only building in the compound with working locks, two in fact, one in front and one on a trapdoor that led to a basement level. But the doors stood open, the deadbolts sprung. A flight of rickety wooden stairs led below. And in a corner of the basement, on the packed dirt floor, sat a pyramid of wooden cases filled with rusty metal cans.

“You’re sure it’s edible?” my dad asked, holding one of the cans up in the glow of Aleka’s flashlight.

“According to Tyris, properly canned goods have an effective shelf life of forever,” she answered. “But Laman. . . .”

He lowered the can. “I’m listening.”

“It might be best to take what we can carry and go. I’m not—comfortable here. We’re exposed. There’s only one way out. If they were to block the road. . . .”

“Not their typical behavior,” he said. “And you told me the perimeter’s clean.”

“So far as we can ascertain,” she said. “But this room—I suspect it’s been looted.” She shone her flashlight on the floor, revealing parallel tracks where cases had been dragged. “We may not be the only colony to have visited this place.”

“And the ones who beat us to it are plainly gone,” he replied. “Driven away by Skaldi, most likely. Leaving nothing but food the Skaldi won’t return for.”

“Unless they return for us.” 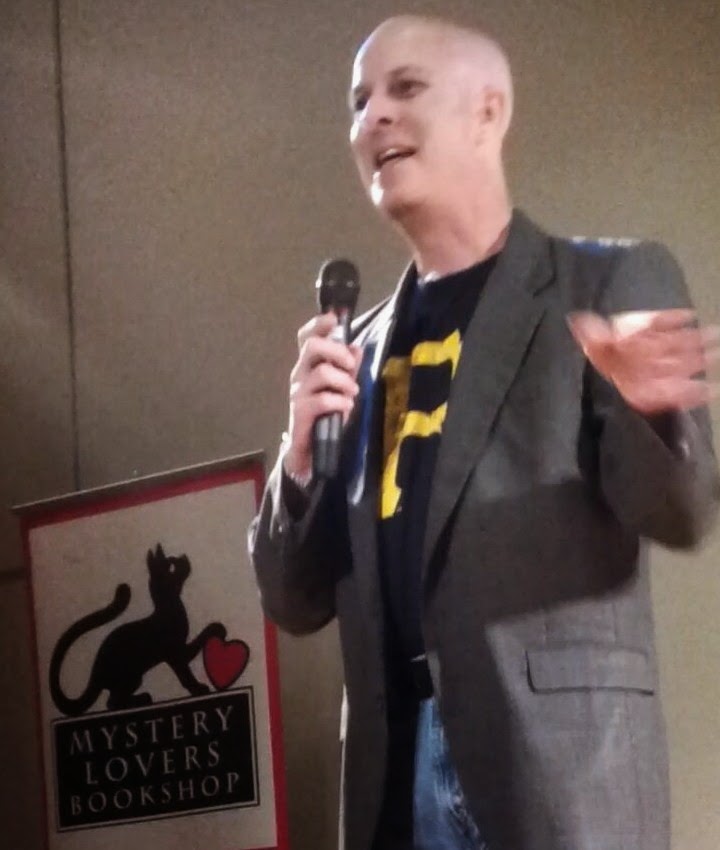 I've been writing novels since I was eight years old (though the first few were admittedly very short). I taught college for twenty years, wrote a bunch of books for college students, then decided to return to fiction. SURVIVAL COLONY 9 is my first novel, but the sequel’s already in the works!

To connect with me and learn more about SURVIVAL COLONY 9, check out the following links: