Up front, you need to know that you're about to step into the head of Kacie Ramsey, right in the second she's living the situation. If you're prepared to be a fifteen year old girl who sees ghosts, has serious family issues, is starting to branch out into seeing murders, and just found out the boy she's crushing hard on wants to spend some one on one time with her, it might be a good book for you. If, on the other hand, the idea of first person present tense makes you want to climb the walls, maybe not so much.
Wheaton does a good job of giving readers an idea about Kacie from the get go. We get to see her from the inside, one of the benefits of first person writing. Rather than our first impression being the usual girl across the room physical description, instead we see how she fits into her situations, how she reacts to others, how she feels, what lies she tells.
I once heard someone say that you can tell what someone thinks of you when you know what lies are told you, and I think in the case of Kacie, it's particularly telling what she chooses to tell people and how it relates to her abandonment issues.
Further, her complicated home life make her a character to whom a lot of readers will be able to relate because even though (warning- dreaded Twilight allusion ahead) Bella Swan went to live with her dad and her family had issues, characters like hers only have broken homes in so much as a failed parental marriage, not a fundamental disconnect between the child and the parents, and I'm a big fan of diversity, even if it is just diversity of homelife status.
Overall the pacing is swift, the romance is sweet without being overwhelming, and the creepy factor is pretty high without crossing the line into downright scary, so it rests in that sweet dark zone like the sinister Fractured or the gothic A Murder of Magpies.
Ghosts, lurking doom, interesting characters, and a quick pace make this an appropriate choice for a windy evening's read.

You can pick up a copy from the retailers below, and keep reading for an Amazon giftcard giveaway from Xpresso Book Tours. 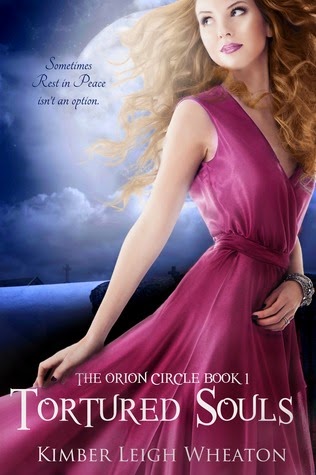 Kacie Ramsey sees ghosts—and it’s ruining her life. Her mother left, her father blames her, and no matter how hard she tries, she can’t keep the ghosts away. Now a new power has emerged. Nightly visions of grisly murders and a relentless predator draw her to the brink of insanity.

When the phantom appears at a party, Kacie’s longtime crush, Logan, saves her. He invites her to join the Orion Circle, a group of supernatural hunters with chapters in schools all over the country. Through the Circle, Kacie learns to embrace her spiritual powers, and for the first time in her life she feels in control rather than a victim.

But the Foxblood Demon will not give up so easily. A demented serial killer in life who trapped the souls of the thirteen children he murdered, imprisoning them within the walls of his mansion. Now in death, he plots his return while drawing power from the pure souls of the children. He recognizes something in Kacie he’s never seen before—a medium powerful enough to provide a vessel for his tainted soul.

Kacie can’t ignore the tortured souls of the children crying out to her every night. With Logan at her side, she will fight the Foxblood Demon. But can they banish this powerful phantom, or will Kacie lose not only her body, but her eternal soul to the monster. 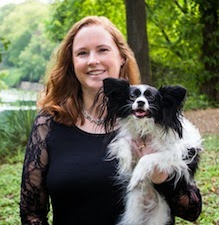 Kimber Leigh Wheaton is a YA/NA author with a soft spot for sweet romance and is a member of Romance Writers of America.

She is married to her soul mate, has a teenage son, and shares her home with three dogs and four cats. No, she doesn’t live on a farm, she just loves animals. Her house is filled with dragons, though she does lament that they are the porcelain, non-flying variety.

Kimber Leigh is addicted to romance, videogames, superheroes, villains, and chocolate—not necessarily in that order. (If she has to choose, she’ll take a chocolate covered superhero!)

Thanks for participating in the tour. I'm glad you enjoyed Tortured Souls!

That's why I love first person tense I feel like I can really get into the head of the character and truly know her! Kacie sounds like a great MC, too! Gad you liked it! :)