Book birthdays all around! Here are two you won't want to miss: 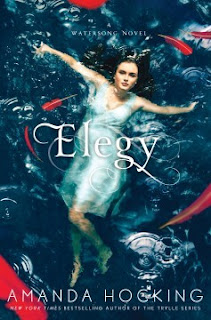 Now that Gemma holds the key to breaking the siren curse, the stakes have never been higher. At last, a future with those she loves—and a romance with Alex—is close enough to touch...but not if Penn has anything to say about it. Penn is more determined than ever to have Daniel for her own and to destroy Gemma and Harper along the way, and Penn always gets what she wants. Now a final explosive battle is about to begin, and the winner will take everything Gemma holds dear.

In Mandrodage Meadows, life seems perfect. The members of this isolated suburban community have thrived under Pioneer, the charismatic leader who saved them from their sad, damaged lives. Lyla Hamilton and her parents are original members of the flock. They moved here following the 9/11 terrorist attacks, looking to escape the evil in the world. Now seventeen, Lyla knows certain facts are not to be questioned: 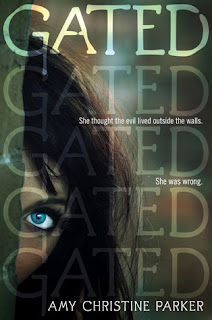 Pioneer is her leader.

Will is her Intended.

The end of the world is near.

Like Noah before him, Pioneer has been told of the imminent destruction of humanity. He says his chosen must arm themselves to fight off the unchosen people, who will surely seek refuge in the compound's underground fortress--the Silo.

Lyla loves her family and friends, but given the choice, she prefers painting to target practice. And lately she'd rather think about a certain boy outside the compound than plan for married life in the Silo with Will. But with the end of days drawing near, she will have to pick up a gun, take a side, and let everyone know where she stands.
Posted by Dorothy Dreyer at 8:39 am
Email ThisBlogThis!Share to TwitterShare to FacebookShare to Pinterest
Labels: Amanda Hocking, Amy Christine Parker, book launch, Elegy, Gated