Everyone who loves to read has a to-be-read list about a mile high, and I'm no exception. But today I wanted to feature a few of my anticipated reads which were written by my lovely Month9Books sisters.

The first book on this list is not only one I already own, but one I have a signed copy of. Last October, I met up with a couple Month9Bookers, including, A. Lynden Rolland, for a Barnes and Noble book signing event. It was lots of fun, and I got some great signed books to take home, one of them being OF BREAKABLE THINGS. This beauty of a book has been waiting for me, calling out to me, and I will read it this summer. 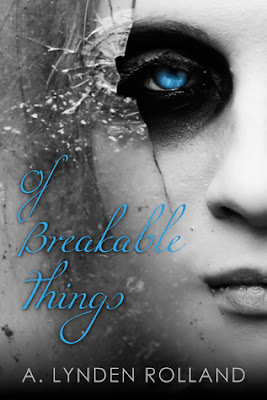 A captivating debut about the fragility of life, love, and perspective.

When Chase dies tragically, Alex embraces her own mortality. What she didn’t expect was that she’d have to make a choice: forget the years of pain and suffering once and for all, or linger as a spirit and get another chance at life and love.

Alex doesn’t hesitate to choose; she’d follow Chase anywhere. But the spirit world is nothing like she expected, and Alex finds she's forced to fight for her life once more. For even in a world where secrets are buried much deeper than six feet under, a legacy can continue to haunt you—and in a place this dangerous, no one is resting in peace.

The next book on my list is PRETTY DARK SACRIFICE by Heather L. Reid. Heather was the very first Month9Booker I met in person, when I attended BEA in 2013 (where we were both signing our debut books). She's sweet and smart and awesome, and I devoured her first book, PRETTY DARK NOTHING. I'm so ready to find out how the series continues. 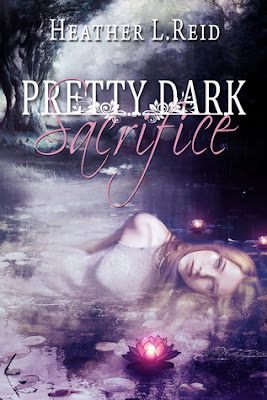 It’s been five weeks, two days, and eight hours since the demons forced Quinn to throw herself into the raging river, since Aaron sacrificed himself to save her, since his body disappeared without a trace.

Everyone wants Quinn to move on, but she can’t, not after a spirit appears to her at Aaron's memorial, convincing her he’s still alive.

When a mysterious box materializes on the very spot Aaron disappeared, Quinn finds she’s at the center of an ancient prophesy of betrayal, revenge, and sacrifice that takes her to the depths of the underworld to face Lilith—Adam’s first wife.

If Quinn can stop Lilith from unleashing the demon horde Eve, trapped inside the box during the Battle of Eden millennia ago, she will save the human realm and free Aaron from an eternity in torment.

All it will cost is her blood.

And finally, I've got a bit of a sci-fi on my to-be-read list. This one is I HEART ROBOT by Suzanne van Rooyen. Music, robots, equal rights, all mixed in a love story? Yes, please! 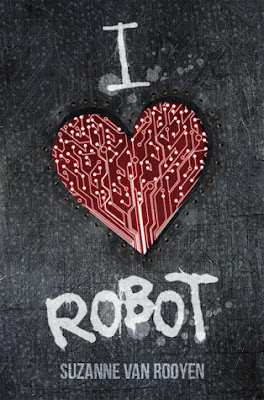 Sixteen-year-old Tyri wants to be a musician and wants to be with someone who won't belittle her musical aspirations.

Q-I-99 aka 'Quinn' lives in a scrap metal sanctuary with other rogue droids. While some use violence to make their voices heard, demanding equal rights for AI enhanced robots, Quinn just wants a moment on stage with his violin to show the humans that androids like him have more to offer than their processing power.

Tyri and Quinn's worlds collide when they're accepted by the Baldur Junior Philharmonic Orchestra. As the rift between robots and humans deepens, Tyri and Quinn's love of music brings them closer together, making Tyri question where her loyalties lie and Quinn question his place in the world. With the city on the brink of civil war, Tyri and Quinn make a shocking discovery that turns their world inside out. Will their passion for music be enough to hold them together while everything else crumbles down around them, or will the truth of who they are tear them apart?

There are many more books on my list, of course, but I've got to start somewhere, right? What's on your to-be-read list for the summer? Leave a comment below letting me know. I'll undoubtedly get intrigued by your choices, which will all most likely be added to my list.

These all look good!

I might read the first book. Thanks for sharing!