Today we're joining the IMPLANTED book blitz by chatting with author Heather Letto. Come get to know Heather and all about her young adult dystopian. Be sure to go to the end of the post to enter the rafflecopter contest. 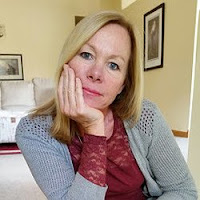 Welcome to We Do Write, Heather.
Hey there! Thank you, so much, for including me on your blog today and getting the word out about IMPLANTED, the second book in The Ascension Series!
Tell us about your journey so far in this series.
Well, let’s see. Like many authors, this series began when a “what if…?” idea sparked in my head, followed immediately by fast finger action (on the keyboard). After that, came the season of endless hair-pulling with a lengthy detour (changing of publishers and discernment of direction.) Finally, after rounding up of the troops (aka, perfect editors and amazing cover designer), I marched forward. Impervious re-released in the spring and now *taking large breath and chest puffing with pride* I can finally move into the “guts” of the story that began with IMPERVIOUS. 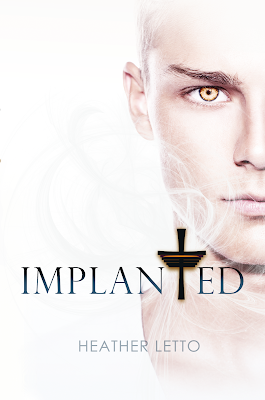 Guts of the story? How so?
Let’s just say, IMPERVIOUS was the loading of the weapon… IMPLANTED is the pulling of the trigger. (The final book will be the shot heard ‘round the world.)
Ah-ha! So this is a trilogy!
Yes. But I let’s not get ahead of the curve. I’m going to keep the final installment a bit of a mystery for you. What I can say about IMPLANTED is that it will answer some questions that lingered with the reader after IMPERVIOUS… yet it might stir up a few more.
Wow! Can’t wait… So, tell us a little more about the author. We’ve also head that you are a gypsy-nerd. What does that mean, exactly?
LOL! It means my life is in a constant state of flux! My husband and I have dedicated this season of our lives to meandering about the U.S. He’s a software nerd. I’m a book nerd. And for the past ten months, we’ve been traveling about the contiguous United States in a one-ton dually (um, nerd-speak for big pick-up truck) towing a very bougie trailer… glamping (aka glamour camping). We spent most of the winter checking out the corners and crevices of sunny Florida and right now, as we speak, we’re hunkered down in Hungry Horse, Montana! (Glacier Park). I guess, much like my character, Fran, you could say I like to think of myself “off the grid.” (However, I try to maintain good WIFI and cable TV… and, I’m Accountable.)
Lastly, two quick personals…
Do you work in your jammies?
LOL! Well, typically it’s more like shorts and a tank. But, every now and then, I suppose I’ve been known to keep the jammies on for the better part of the morning.
Favorite munchies while you work?
Blueberries! Fresh, plump and juicy! (and coffee… always coffee at my right hand.)

After a narrow escape from the city of Impervious, Fran’s heart aches for the ones she left behind. Will her brother ever connect the dots? And, what about Pete? Could he, along with the remaining Rebels, have survived the Council’s violent oppression?

As Fran ponders the fate of her friends, an even more disturbing revelation drops into her world—the knowledge that she, along with anyone who had lived underground remains implanted with the sinister presence of the Council. A fate rendering her powerless to save.

Yet one with pure blood, untouched by the Council’s defiling, lives among them. Could he be the new lifeline of hope? Is salvation of the city worth risking the life of this one-and-only?