Review and Giveaway: Destined for Dreams by Ginna Moran


I watch too much TV. I'll admit it. But last night, anyone who watches The Blacklist was (spoiler alert) treated to a turn of phrase we nearly never hear anymore when Red told Lizzie he was her Sin Eater. If you don't watch the show, that's fine, but let that sink in for a second. Sin Eater. One who 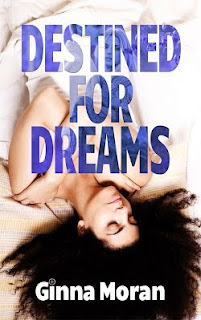 consumes the sins of another in order to purify them.

Well, of course, fresh out of Destined for Dreams by Ginna Moran, the word has a lot more depth, because she's spun this medieval concept into something complex and simultaneously both  horrifying and comforting. Although the story is told from the perspective of Hunter, a boy whose soul is trapped in the mind of Sin Eater, and Nadia, a girl who subsists on spoiling dreams by turning them into nightmares, it also focuses on Jacqueline, the Sin Eater stuck with Hunter in her mind.

To get an idea of what's going on in this one, check out the Author's blurb about Destined For Dreams: "Seventeen-year-old Nadia Petrov is an outcast in her tight-knit community of people with special abilities. Nadia must invade people’s dreams to survive. She sneaks into sleeping victims’ rooms, slips into their heads, and then turns their dreams into horrifying nightmares.
When a new girl arrives at her compound, Nadia can’t resist giving the girl a nightmare. In the dream world, Nadia discovers Hunter Sullivan, a soul trapped in the girl’s mind. Intrigued by Hunter, Nadia secretly builds a relationship with him in the dream world, and they find solace through each other.
Unable to accept a love fated for dreams, Nadia must risk losing the safety of her community to help Hunter get back to his body before he’s lost forever."

Sound like fun? It pretty much is. There are some caveats with this piece. First person, present tense can be tricky for some readers, so knowing it ahead of time is good. Also, there's a bit of Deus ex Machina at work in different moments.

What I like the most about Destined for Dreams is the complex nature of the relations between the human world and the supernatural world, and how in Destined for Dreams, the characters are living at a time when it's basically come to all out war in a way that reminds me of both Nazi Germany and also of a dystopian version of life under the Patriot Act.

Moran's characters have complex histories that drive their decisions, and due to the nature of Nadia's power, every time she goes in for more information, there is this constant dread that her victim might wake. It lends a nice urgency to every moment spent with Hunter. That's cool.

I do wish that there was a little more difference in the voices of the characters, but it's not a deal breaker for me. On the balance, it's a fun read. 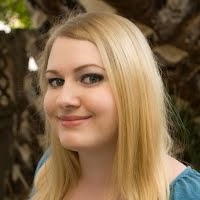 Ginna Moran is a writer living in Austin, Texas but originally from Southern California. She started writing poetry as a teenager in a spiral notebook that she still has tucked away on her desk today. Her love of writing grew after she graduated high school and she completed her first unpublished manuscript at age eighteen.
When she realized her love of writing was her life's passion, she studied literature at Mira Costa College in Northern San Diego. Besides writing novels, she was senior editor, content manager, and image coordinator for Crescent House Publishing Inc. for four years.
Aside from Ginna's professional life, she enjoys binge watching television shows, playing pretend with her daughter, and cuddling with her dogs. Some of her favorite things include chocolate, anything that glitters, cheesy jokes, and organizing her bookshelf.
Ginna is currently hard at work on her next novel.

Thank you so much!